IN 2008, Yes star and guitar legend, Steve Howe formed the Steve Howe Trio and released The Haunted Melody on his HoweSound label, distributed through Cadiz Music.

Together with his eldest son Dylan Howe on drums, Ross Stanley on organ, they began exploring a cross breed of music inspired by the recordings of Kenny Burrell, Jimmy Smith, new arrangements of his own tunes (like Mood For A Day ) and the music of Yes.

Tours followed in the UK, Canada and Europe, the recordings of which, created their live release called appropriately “Travelling in 2010.

By now, Yes and Asia were both active in touring and recording, which left little time to work with the Trio. But, in 2013 there is the space once more to continue this important project with a September tour in the UK and the release of their second studio album.

Reinvention is the key to musical development, so they will attempting to raise the bar with their new pieces, and select songs from their previous repertoire, to make a rounded show of the talents held within this exceptional lineup.

YT reporter as well as Phoenix FM broadcaster, Mike Jones invited Dylan Howe into the Brentwood offices to talk to Dylan Howe about his work and the tour. 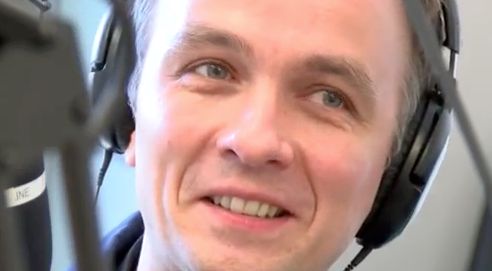