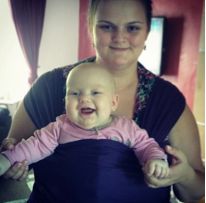 The Basildon Supervisory Team was presented with the Team of the Year 2013 award by Ruth May, NHS England Regional Director of Nursing for Midlands and the East, who commended them for promoting compassionate care.

Supervisors of Midwives (SoMs) are experienced midwives whose role is to protect women and their babies by ensuring they receive good care and are involved in decisions about their care. SoMs complete additional training to help midwives provide the best quality midwifery care and also guide and support midwives in developing their skills and expertise.

The award follows a report from the health regulator, the Care Quality Commission (CQC), that shows women using maternity services at the hospital are very happy with all aspects of the care they receive, both before and after their babies arrive.

Maternity services at the Trust have introduced a number of new initiatives during the past year to improve the care of mothers and babies, including a project to help women to control weight gain during pregnancy and maintain a healthy lifestyle after the birth.

In 2012, the Royal College of Midwives formed an alliance with Slimming World to tackle the problem of obesity in pregnant women. Donna Southam, SoM and Audit and Research Midwife at Basildon Hospital, carried out a study of 36 women, with a body mass index (BMI) of over 30, who took part in a weight management and healthy eating programme run by Slimming World. The women had their weight measured at 12 and 36 weeks during pregnancy, then at six weeks and six months after the birth.

Following the success of this trial, Basildon and Brentwood and Thurrock Clinical Commissioning Groups have provided funds for 1,000 12 week courses with Slimming World, for pregnant women with a BMI of 30 or more.

Donna said: “We are very pleased to have this support from the local CCGs. Obesity is linked to health problems and complications in pregnancy, such as high blood pressure, diabetes and a greater chance of needing a caesarean section. It also increases the risk for the unborn baby, including higher rates of still birth and birth defects such as spina bifida.”

Another maternity services initiative – the Birth Choices clinic – was set up last September to support women who have risk factors or concerns associated with their pregnancy but want to have as normal a birth as possible. This could include, for example, women who have conditions such as epilepsy, but would like to have a home birth, or women who are anxious about giving birth, perhaps because of a previous difficult experience. The clinics are run by five senior midwives, who offer support to about 15 women each week.

One of the first young mothers to benefit from the Birth Choices clinic was Gemma Lowley-Smith, who was given support to enable her to have a natural delivery at Basildon Hospital in August, following the difficult birth of her first child four years previously. Gemma, from Billericay, was worried that she would not be able to cope with the pain, but was reassured by Donna Southam, Supervisor of Midwives, that she would be well supported.

Gemma gave birth to her second daughter, Alice, in the hospital‟s Willow Suite, which offers a „home-from-home‟ environment with birthing pools, a lounge to relax in and space for women to move around. She said: “Attending the Birth Choices clinic changed what was a dreaded and scary ordeal into the best experience of my life. I felt control was put back into my hands. I was constantly reassured had many meetings to discuss the birth.

“My pregnancy was high risk so it normally wouldn’t have been recommended for me to be in the low risk, midwife-led ward but after discussions I was given the choice.

“I couldn’t have wished for a better birth. I was empowered to make my own choices and reassured by a fantastic midwife to believe in the power of my own body and my determination to succeed.”