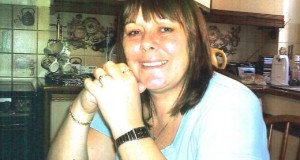 A THURROCK woman who died in agony at Basildon Hospital was in the care of an inexperienced junior doctor who was overwhelmed by his workload an inquest was told this week reports The Thurrock Enquirer.

The concerns of a doctor about his patient and his workload were brushed aside by a senior doctor, leaving the junior medic “unsupported and overworked” as he supervised the care of Lyn O’Reilly, 57, following surgery to remove part of her bowel.

After her operation the Tilbury woman appeared to be recovering then she began to suffer vomiting and severe abdominal pain. Nine days after her operation she was found collapsed in a toilet and despite a 25 minute battle to save her life she died.

At an inquest at Chelmsford on Tuesday the doctor, who had only been qualified for four weeks at the time of the tragedy, said he was “overwhelmed” by the workload at Basildon Hospital and had concerns over patient care.

The Coroner’s Court heard how a doctor cared for Mrs O’Reilly in the days before she died on 31 August 2012.
Mrs O’Reilly, whose husband and daughter were at the inquest, had been admitted to hospital suffering from diverticulitis and underwent elective surgery to remove part of the bowel.

Following her surgery on 22 August, the inquest heard Mrs O’Reilly seemed to be recovering well. The inquest heard she was being cared for by the Hospital’s colorectal team who were running on a “skeleton staff.” The doctor was responsible for nearly 30 patients.

A doctor told Senior Coroner for Essex Caroline Beasley-Murray there was a “heavy workload” at the hospital and said he had serious concerns about the levels of care patients were getting.

The doctor saw Mrs O’Reilly, who was from Tilbury, on 28 August 2012 during ward rounds. He told the inquest she seemed to be a “very typical picture of a patient” after surgery and was suffering from heavy pain. He prescribed analgesia to ease the pain and made plans to discuss Mrs O’Reilly with a surgeon.

The inquest heard how the next day the doctor carried out a very brisk ward round and failed to carry out a full assessment of Mrs O’Reilly.

On 30 August 2012, the doctor said Mrs O’Reilly’s pain had subsided and added his seniors did not seem concerned by the lack of progress in Mrs O’Reilly’s recovery, but admitted he was “overwhelmed at the time” and said it was oversight on his part not to chase blood test results.

On the day Mrs O’Reilly died, she was seen by another newly qualified doctor, in the early hours of the morning.
The inquest heard Mrs O’Reilly was in intense pain and the doctor, who was on call was in charge of up to 150 patients at the time.

The doctor told the inquest Mrs O’Reilly had vomited and was suffering severe abdominal pain and made a working diagnosis of a urinary tract infection. He did not refer Mrs O’Reilly to any of his seniors.

By 3.30pm the doctor saw Mrs O’Reilly again and told the inquest she had deteriorated. He said: “I saw a picture of an anxious patient who clinically looked like she had deteriorated. She was pale, clammy and complaining of severe pain.” He added her abdomen was also extremely firm and tender and planned to increase her observations and follow the advice of the pain team.

The doctor told the inquest he went to tell his senior, about Mrs O’Reilly as she “deserved urgent attention” and “she was clinically displaying signs of peritonitis”. He said he told the consultant and the surgeon instead suggested talking about all of the patients.

The doctor added: “I do believe I expressed my concerns sufficiently and he decided to talk about all of his patients.”

The consultant, who carried out the operation on Mrs O’Reilly, told the inquest: “I was very surprised to hear that she had deteriorated.”

The pair were on their way back to the ward when they heard of Mrs O’Reilly’s collapse and the failed attempt by the hospital’s ‘crash team’ to save her using Cardiopulmonary resuscitation (CPR).

The inquest heard in the doctor’s written statement that the young doctor was “shocked” that he was being left to run the team with no additional support and that he felt “unsupported and overworked” and that his concerns were met with “limited sympathy.”

After being questioned by Mrs O’Reilly’s family lawyer Ms Sarah Harman, the doctor said “I don’t think the way I approached the issue was at all effective and I regret it. My inexperience meant I didn’t know what the potential consequences could be.”

The consultant, a general colorectal surgeon at Basildon Hospital said he set out to carry out Mrs O’Reilly’s operation ecoscopically but after seeing the technical challenges made the decision at an early stage to carry out open surgery under general anaesthetic.

He told the inquest, that based on the post mortem’s findings that Mrs O’Reilly died from peritonitis, an infection in abdominal tissue, saying:

“You would assume that there was an area of the bowl that perforated or leaked somewhere. ” He said at the time of surgery “everything looked healthy” and that he was saddened by Mrs O’Reilly’s death.

The inquest heard there were issues with note taking within the team and miscommunication. The consultant told the inquest he met with Mrs O’Reilly several times after her operation, but few of these visits were recorded.

The consultant added he saw Mrs O’Reilly at 7.45am on 31 August 2012, but admitted he did not read the notes or check for the updated blood test results, or record in the notes that he had seen the patient. The inquest heard the blood test results came back “abnormal.”

He said: “In retrospect if I had spent some more time then I would have realised she wasn’t well and maybe I would have been able to help her.”

Coroner Beasley-Murray said: “Is that normal to go and see a patient without briefing yourself about the most recent results?”

The consultant admitted: “It’s not good practice. Looking back, knowing now she had picked up peritonitis, we should have escalated and we should have acted on those signs.”

At the time of going to press, the two day inquest had not reached a verdict.