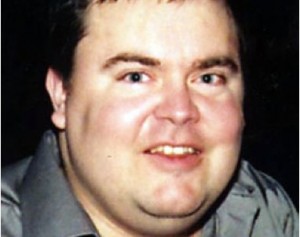 YELLOW Advertiser journalist, Paul Peterson, who was also the recipient of a Thurrock Civic award has died.

Paul had suffered from muscular dystrophy and dilated cardiomyopathy.

Paul was very popular with public, politicians and press alike. He had a quizzical, sceptical air but was also able to put the interviewee at ease.

Although Paul spent much of his adult life in a wheelchair, he did not want sympathy. He chose his own nickname: “Wheels” and his avatar on Facebook was of a Dalek.

Paul was a former pupil at Gable Hall school before going on to Palmer’s College and then to the University of East London. He joined the YA in 2001 and immediately developed the Thurrock patch.

He worked closely with Disability Essex and until recently had been volunteer governor at Basildon Hospital.

Editor of Your Thurrock, Michael Casey said: “As a journalist, I always like the cut of Paul’s jib. He always had good questions and always had a feel for the angle of the story.

“Paul had a wonderful sense of humour. All of the journalism community will miss Paul terribly and our thoughts are with his family.”

The funeral will be held at Pitsea Crematorium on Wednesday August 13 at 2pm. Paul specified that we should celebrate his life and specifically asked that people wear bright colours rather than the traditional black.

Any donations in his memory should made to the Muscular Dystrophy campaign. Details at: www.muscular-dystrophy.org/waystodonate

One Response to "Popular Thurrock journalist Paul Peterson passes away"