The fantastic work of Hardie Park 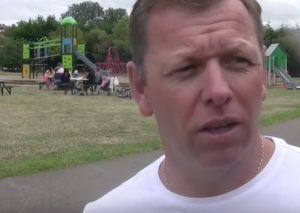 STANFORD-le-Hope residents can await more exciting events and changes, as the Director sets his sights high for the future.

Father of three, local and Friends of Hardie Park Director Rob Groves, has taken a once derelict and littered park, to a family orientated recreational space that is ideal for local residents.

The once unloved park was yearning to be transformed and rescued; with out of date and broken equipment, frequent arson attacks occurring and broken gates, Groves explained, “It was just a place you didn’t really come to.”

Rob said: “I thought this is our local park, we’re going to live here for another 20 years, we’ve got to do something about this.”

Working in partnership with Thurrock Council, Rob got recognition after persistently picking up litter, cutting the grass and taking care of the park. “I ended up just picking up litter, it looked a pretty unsightly place and it encouraged bad behaviour, I did that every morning for six months, until people noticed after a while that it had improved and gotten cleaner.”

In 2010, Rob organised a picnic for locals and got their opinions about what would be beneficial for residents. “I spoke to the people who came, about what they’d like to see in the park and what could change it. They said a café and toilets.” Listening to the resident’s feedback, a café with toilets and other rooms was installed which proved to be popular among the locals.

An Easter egg hunt was held in 2012, which saw a turnout of 1,500 people, £1500 was raised and invested back into the park to help improve it. The annual event has proven to be popular, Groves said, “We had 3000 people last year, and it’s and annual event. We’ve got this Easter egg hunt event out in the next couple of weeks, it’s out now in its 5th year.”

The new and improved park features a revamped play area, a skate ramp and a café. The café boosts with a tech club on Monday nights for children aged 6+ and breastfeeding support group on Friday’s for new parents who need guidance. Rob said, “We’ve got 50-60 volunteers on our books, who come together to help the community.”

Groves added, “I don’t think people realise how lucky we are to have a park. On a nice warm sunny Sunday, you can have 300-400 people in the park, just playing in the park not because there’s an event on, it’s quite humbling to see, it’s a real community project.”