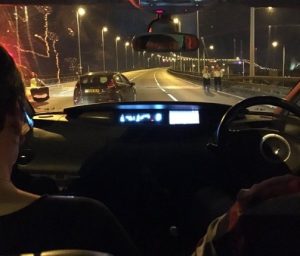 DARTFORD: Delays this evening on the M25 into Kent from Essex due to an earlier crash on the QE2 Bridge. Three cars and a van said to be involved.

Kent Police: “We are currently at the scene of a collision which has happened on the Dartford Crossing bridge. There may be significant delays to traffic heading from Essex and into Kent on the #M25 and if possible motorists are advised to avoid the area and choose alternate routes.

Traffic held on the #A282 southbound Dartford Crossing due to an RTC invc 2 vehicles. All emergency services at scene. Expect delays to build