Parking at hospitals in Essex is more expensive than the national average.

Mr Halfon said: “It was never envisaged that people with cars would end up paying for the NHS but drivers are still charged extortionately to park at NHS hospitals in England.

No one goes to hospital by choice, no one chooses to be ill and we rely on our doctors and nurses to look after us. Being admitted to hospital or visiting a suffering family member is an already stressful situation and no one should be expected to worry about high parking charges at the same time. It is just as bad that doctors and nurses have to pay these excessive fees.

On average, drivers still pay almost £40 to park weekly and nearly £7 daily despite Government guidance urging hospitals to cut parking fees. This guidance suggested that concessions should be available for staff working unsociable shifts, blue badge holders and visitors of gravely ill relatives. I started campaigning for this change in 2014 after finding out that hospitals in England were charging staff and visitors up to £500 a week to park. Despite the guidance, there has been little improvement. Charges have fallen overall but drivers still pay on average £1.48 for a one hour stay.

In fact, almost half of English hospitals have increased their hourly charges. Take, for example, the Royal Surrey in Guildford which charges £4 for one hour of parking, the highest in England, despite no charge previously. The worst offenders are the London-based Imperial College Trust hospitals, where one hour costs £2.20 and one week costs an extortionate £369.60.

These hospitals do not offer concessionary rates to regular visitors or patients but, thankfully, do offer free parking to blue badge holders. In terms of staff parking, all hospitals seem to offer a discounted parking scheme based on pay band or salary, or by allocating a limited number of discounted staff spaces. However, this still means that doctors and nurses are charged to work unsociable hours when they are already seeing a cost of living crisis. On the subject of disabled drivers, almost half of hospitals offer no concession at all.

Disabled drivers have no choice but to park nearby if they are to access medical treatment and, in lots of cases, they will be charged excessively to do so. Of the hospitals that do offer free parking, around 40 attach a condition, such as a time limit. The sick and vulnerable are disproportionately hit, particularly those with long term or severe illnesses. Research shows that cancer patients and parents of premature babies are unjustifiably affected. Information provided to me by Bliss in 2017 showed that parents of premature babies will be charged over £250 for the time their baby stays in neonatal care. Why is it that these people should be charged during a very distressing and emotional time?

Some hospitals do provide free parking and hospitals in Wales and Scotland are completely free. This proves it is possible to deliver free parking for patients, visitors and staff, discouraging abuse of the system with tokens or barriers. The Government has previously stated that “Providing free car parking at NHS hospitals would result in some £200 million per year being taken from clinical care budgets to make up the shortfall.” This money can be found. Hospitals have immense purchasing power. Trusts buy huge amounts of certain products.

Lord Carter found that better procurement practice could bring in over a billion pounds. He noted, for example, that the prices paid by different hospitals for a hip replacement vary between £788 and £1590, and while some hospitals pay 34p for a loo roll, others pay nearly double that. Combining better procurement with a continued emphasis on the use of generic drugs could easily raise enough money to cover hospital car parking charges.

Announcements from the Government about additional NHS funding, whether its hundreds of thousands, millions or even billions, do not seem to register with the public. This is why I am introducing a Ten Minute Rule Bill to Parliament on 14 November about the abolition of hospital car parking charges.

Keep up to date via https://calendar.parliament.uk/calendar/Commons/All/2017/11/14/Daily. 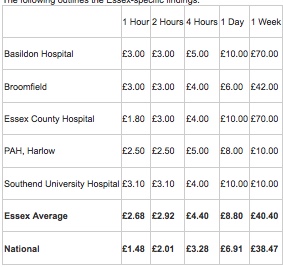 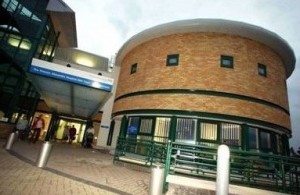 Hospital car parking affects everyone who uses the NHS. We cannot say, in good faith, that the NHS is free at the point of access if people face extortionate and unfair car parking fees to get to their hospital appointments, go to work in our vital public services or visit sick relatives. Rather than allowing drivers to fund hospital deficits through this stealth tax, we must scrap hospital car parking charges to ensure the NHS really is free at the point of access for all.