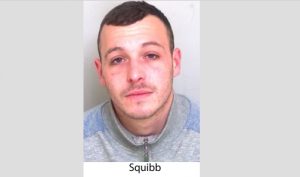 Police are no longer looking for Paul Bruns after he failed to appear at court.

Paul Bruns, 50, unemployed, of no fixed address, has been charged with burglary after being arrested on Wednesday, November 8.

He is due to appear at Basildon Crown Court on Monday, December 11, and has been remanded in court custody.
We continue to seek information on the following men who have either failed to appear at court or have breached suspended sentences:

• Carlos Rodrigues Batista, 58, has C.A.R.B and a dagger tattooed on his arms and tattoos on his chest. He has links to South Ockendon and Grays.

• Evaldas Kerza, 27, from Chafford Hundred, has a dragon tattoo on his back. He has links to Newport and Gwent.

• James Edmead, 44, from #StanfordleHope, has a brown beard and an earring in his left ear. He has links to Corringham and Grays.

• Freddie Squibb, 26, from Aveley, has a devil face tattoo on his left arm and goes under the alias of Freddie Carroll. He has links to Cork in Ireland.

• Iosif Sarosi, 34, from Tilbury, is described as being of a medium build with dark hair.

Anyone with information is asked to contact Essex Police on 101 or Crimestoppers anonymously on 0800 555 111.