Essex Police received a called to support our emergency services colleagues at 9.20am. Three rapid response vehicles, one ambulance and the hazardous area response team attend an incident in Cowper Avenue, Tilbury.

This was believed to be a chemical-related incident, led by the fire service.

One man and one woman, both conscious and breathing, were treated at the scene and taken to Basildon and Thurrock Hospital for further treatment.

Unknown substance at home in Tilbury

THE fire service was called shortly before 9am today (Thursday 15 March) to an address in Cowper Avenue, Tilbury where a unknown substance had been put through the letterbox.

The immediately area around the property has been temporarily cordoned off as a precaution. Tests are being carried out by officers to identify what the substance is.

This is a localised incident, and there is no wider concerns for the public.

*Update 1:10pm* We have identified the substance as a cleaning agent – there is no risk to the property, occupants or wider public. The emergency services are preparing to leave the incident now. 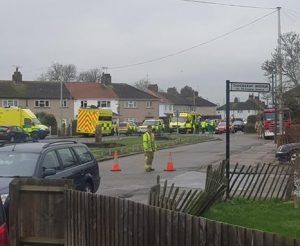 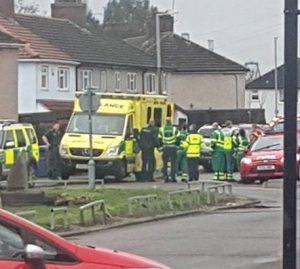 A NUMBER of emergency services vehicles have been seen in Cowper Avenue, Tilbury.

It appears that a portion of road has been sealed off.

YT has requested details from all the services.