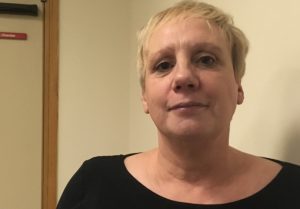 THE CONSULTATION over Orsett Hospital’s closure is flawed, says a health watchdog.

More than 1.2 million people who use hospitals in Orsett, Southend, Basildon, Braintree and Chelmsford, will be affected by wide ranging proposals to axe services.

Healthwatch told Thurrock Council’s health and wellbeing overview and scrutiny committee last night (Monday) that it had been removed from a crucial meeting designed to explore the impacts of the proposals.

Kim James, chief operating officer of Healthcare Thurrock, said: “All the people who have an interest in the proposals working are still there. The people who challenge and ask questions have suddenly been taken off.

The NHS changes are estimated to save £20m-a-year on emergency NHS care in mid and south Essex.

Other than Orsett Hospital services being moved, the proposals include centralising:

acute stroke services to Basildon Hospital
specialist gynaecology to Southend
orthopaedic operations to Southend and Braintree
complex urology to Southend
complex lung, vascular, heart and kidney to Basildon
Healthwatch Thurrock and other health community groups told last night’s meeting that it had sat in on the STP’s Programme Board for the last 18 months. But it has been removed as the consultation nears its end.

Meeting chair, Thurrock Independents Councillor Graham Snell, for Stifford Clays, was among several councillor who said they had concerns about the future of health services in Thurrock, and the failure to communicate information to the public.

He said: “I’m sceptical we will get everything we would have liked to remain in Thurrock. A lot of people are not aware this is financially driven . It need to be clinically driven and I’ve yet to see the evidence of that.”

Responding directly to Healthwatch, he added: “This is a worry.”

Mr Snell vowed to raise the matter at tomorrow (Tuesday) night’s meeting of the Joint Health Overview and Scrutiny Committee.

The Mid and South Essex Sustainability and Transformation Partnership (STP) has rejected claims of failed consultation. The group stated that the legal consultation period was 12 weeks, and had already been extended since its November 30 launch.

It also claim the concentration of expert skills in single hospitals will help reduce the strain on other services, and is not driven by cost savings.

The Thurrock health and wellbeing overview and scrutiny committee noted the report.

Feedback can be provided on the STP consultation website until 23 March at www.nhsmidandsouthessex.co.uk