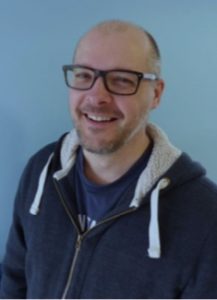 AN attempt to create a new Guinness World Record for the largest gathering of cardiac arrest survivors in one place is taking place in Essex this summer.

As well as the world record attempt there will be an educational seminar and exhibition, and the day is a great opportunity to mingle with others affected by a cardiac arrest.

In the evening there will be a ‘celebration of life’ party, with a hog roast, live music and magician.

If you are a sudden cardiac arrest survivor and would like to find out more about being part of the new world record attempt, see the Sudden Cardiac Arrest UK website: www.suddencardiacarrestuk.org or search out their facebook page.

The registration deadline is Friday 27 April 2018.

Paul Swindell, from Benfleet, runs the Sudden Cardiac Arrest UK support group and is a key member of the team organising the Guinness World Record attempt for the largest gathering of cardiac arrest survivors.

Paul was an active, fit and healthy 48 year old when, in April 2014, he had an unexpected cardiac arrest, and four years on he is still feeling the after effects. He explains: “I was at home, working on the computer, when I had my cardiac arrest. I had no warning signs and have no recollection of the actual event or time around it. I was just lucky that my wife was coming to ask me a question, found me unconscious and started CPR immediately.”

Paul continues: “I woke up two days later in The Essex Cardiothoracic Centre. As there was no explanation as to what caused my cardiac arrest, I now have an ICD (implantable cardioverter defibrillator) fitted so that if it does happen again, the device will attempt to restart my heart automatically.

“I’m incredibly lucky to still be around and although I’m active again, it has left its mark. I am tired, have a headache most of the time and have memory issues.

“Adjusting to a new ‘normal’ has not been easy. What has really helped is meeting others who have been through the same thing. It is good to be able to share experiences as we all understand the impact it can have.

“The world record attempt in June is not only an opportunity to set a record and meet others but with an exhibition, seminar and party to celebrate life it will be a great day for all involved.”