Ward by Ward: Aveley: Who will you vote for in the moonlight? 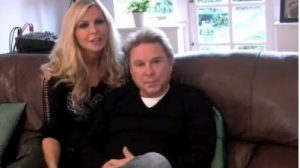 WE come to the last of our ward by ward previews. If we thought Stanford East was tricky then there is the conundrum that is Aveley and Uplands.

It has always had a wide variety of candidates and is a great example of a vibrant democracy. The villagers are proud of their independence and are not backward at telling you how they feel.

If there has been a common theme, then it is local candidates. For years, it had a trio of Conservative councillors who in many way personified one nation Conservatism. John Cowell, Wendy Herd, Amanda Wilton were always seen out and about in the High Street and Romford Road.

But that role was taken over by UKIP. Eight years ago, we recall speaking to the candidate called Robert Ray. To be honest we dismissed his chances. Wrong…again! Robert won and led the way for the UKIP revolution. By 2016, it had three UKIP councillors in Tim Aker, Pete Smith and Luke Spillman. Both Pete and Luke have been mightily impressive in the chamber and committees in which they have served.

But then we come to Tim Aker. A UKIP star, a politician who is an impressive speaker and a man of intelligence who has served as a councillor since 2014 as well as an Member of the European Parliament (MEP).

As you know, in January, all seventeen UKIP councillors left UKIP and formed the Thurrrock Independent Party (TI). Tim joined them as well but also remained a UKIP MEP. That seemed very odd to say the least. UKIP NEC member Elizabeth Jones criticised him on Twitter and many wondered what Tim was up to. You get the feeling that Tim was just doing as he wished.

At the 2017, General Election count, UKIP candidate, Tim Aker turned up for five minutes and then went away again. He did not stay for the return. Seeing his loyal footsoldiers watching to return with their candidate absent was bizarre. They seem to be a forgiving lot.

At the same time, there has been many an Aveley resident who has benefitted from Tim’s help over the four years. Bus transport, Aveley FC, Old Ship Inn, to nam ejust a few. He is a local boy and people don’t forget.

As we have detailed before, we have a UKIP MEP standing against a UKIP candidate. UKIP’s Peter Curtis is standing in Aveley. We interviewed Peter a few weeks ago and he is of the mindset that the battle is not yet won. Quite rightly, he will say that he is defending a UKIP seat whilst it appears that Tim Aker is standing for Tim Aker.

Labour have had a very hard working candidate in Rafal Zak. He has camapigned and campaigned and campaigned. Labour just can’t seen to crack this seat. In 2016, Labour gained 449 votes. If they can get over 500 votes then that will be a good night. There is a theory that he could sneak in on the rails but we are not so sure.

The Conservative candidate is David Van Day (David Paul Day). We are aware of his cultivated image but if you ever get the chance to discuss politics with him, you might be surprised. After an initial burst his campaign, like a lot of the Tories has been low key. Perhaps there will be a big push in Aveley on Thursday. He does have the help of former Ukipper Robert Ray and he can be a real driving force.

If we are thinking too deeply then this may be like 2012, where a lot of candidates including a local independent candidate Alan Field split the vote and allowed UKIP to win with 495 votes. The same could happen again and let Labour in but we think enough people will go back to their blue home and vote Conservative.