By Staff Reporter on September 7, 20182 Comments 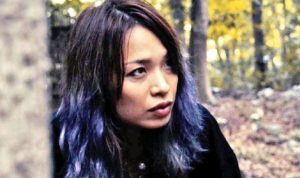 TWO films that were set to be showcased at a film festival in Grays have been “banned” by Thurrock Council.

A number of films from various counties are being shown at the theatre, but the organisers were stunned to hear that council has refused them permission to screen two of the planned films.

One of the festival organisers, Hi Ching, explained what has happened.

He said: “Thurrock Council has banned the films Jungle Love (Philippines, 2012) and Shadows Of Fiendish Ancestress And Occasionally Parajanov On Durian Cialis (Lesser #9) (Singapore, 2017) from being screened at the TIC Film Festival at Thameside Theatre because “an initial assessment suggests both films would be rated R18” and therefore “can only be shown in licensed sex premises”.

“In both films, sexuality does indeed play a central role, but the BBFC [British Board of Film Classification] explanatory notes state that the 18R rating is normally intended for works whose primary purpose is sexual arousal or stimulation of the viewer. These two films do anything but – and moreover, a rating of suitable only for 18 years and over was already in place in order to make sure that only adults would be able to see these films.

“Both films have been screened at other film festivals around the world. One reviewer summed up that “Jungle Love” accomplishes the nearly impossible task of turning what could be a lewd and perverted showcase into a mirror of our innate desire to venture into the unknown, to abandon the clutches of good taste, and to get lost in the limitless jungle where men are but beasts among other beasts.”

“The TIC Film Festival organising team have decided to use the free time created by Thurrock’s decision to ban these two films for an extended public discussion of censorship – not only in Southeast Asia as was originally intended, but in Britain as well.

“We have invited members of the Council to take part in this decision and explain their decision.”

Cllr Deborah Huelin, Portfolio Holder for Communities, said: “Thurrock Council is supporting the film festival taking place at the Thameside by Thurrock International Celebration of Culture (TICC) by providing the Thameside Theatre as a venue.

“The film programme includes a number of short and full length films that aim to celebrate diversity. Most of the films have not been given a rating by the BBFC (British Board of Film Classification) and in such cases responsibility for issuing ratings for films to be shown in a local area lies with the local authority.

“Based on an initial review by the council, it was identified that two of the films could likely be rated R18 if a full assessment were carried out under the guidelines issued by the BBFC. These types of films can only be shown in specially licensed sex cinemas or supplied by licensed sex shops. The entertainment license for the Thameside Theatre does not allow them to show R18 films which means that these two films cannot form part of the festival.

“We remain fully supportive of the festival, and in our work to encourage artistic and cultural discussion and representation in Thurrock. As a local authority we are governed by legislation, for future festivals which take place in the Thameside Theatre we can ensure that the review processes of unclassified films is undertaken with sufficient lead time based on the type and number of films to be shown.”

Neil Woodbridge, Chair of TICC, said: “Thurrock Council has generously supported the film festival by providing the venue for free. We completely understand the concern about these two films, and hope that residents enjoy the many other shorts and features being screened as part of the festival.”

The discussion on censorship will take place Friday, 7 September from 5 pm onwards, at the Thameside Theatre, Orsett Road, Grays.

You can find out more about the film festival here. http://ticfilm.com/