Investigation after man shot in Tilbury 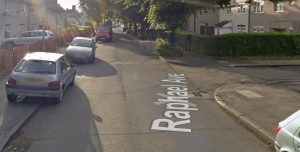 “We are investigating following an incident in Tilbury where a man was shot.

A 19 year-old man was taken to Basildon Hospital with a gunshot wound to his stomach shortly before 7.15pm today (Wednesday, September 26).

He is currently in a serious condition.

The area of Raphael Avenue and Sullivan Road has been cordoned off while officers investigate and we have officers at Basildon Hospital.

Detective Inspector Stuart Truss, from the Kent and Essex Serious Crime Directorate, said: “This investigation is in a very early stage but we’re already building up a picture of the circumstances which led up to it.

“While it is unclear what the motive behind the attack was we believe it was targeted and there is no risk to the wider public.

“I appreciate this will be concerning for the local community but I want to emphasise incidents like this are very rare.

“The area where it is thought this incident took place is a busy residential one and I believe someone will have seen something.

“I particularly need to speak to anyone who saw a small black car in the area at the time of the incident.”

If you saw or heard anything, have CCTV, were driving in the area and have dash cam footage, or have any other information please call us on 101 quoting incident 1114 of September 26.

Good evening to let you know that our Accident & Emergency department remains open to the public. Regarding the reported incident this evening we have spoken to Essex police and a statement will be released at approximately 10pm. Many thanks.

Statement from Essex Police: “We currently have officers at Basildon Hospital following an incident in another part of the county earlier this evening.

“We’ll bring you more information when we can”.

There are unconfirmed reports that there was an original incident in Tilbury.

THERE are reports of police activity at Basildon Hospital.

Essex Police are set to release a statement ’within the next 30 minutes’ about an alleged incident at Basildon Hospital.

The hospital is reportedly ’in lockdown’ after a ’major incident’.

Photographs from the scene show a number of police cars outside the hospital building in Nethermayne.