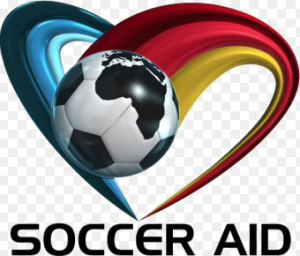 This Morning, ITV’s daytime popular programme, ran a competition to give one deserving Dad the chance to take part in this year’s star-studded squad, which included Usain Bolt, Jamie Rednapp and Michael Owen.

Alan’s son, Freddie nominated Alan by sending in a video to highlight why he thought his Dad was “one in a million” and why, by facing his diagnosis bravely, he deserved to win.

Getting through to the final, with one other Dad, Alan took part in a penalty shootout on Thursday 13 June at ITV This Morning studios. Alan won the shootout and therefore the competition and a place on the subs bench on Fathers’ Day.

Speaking during the match, Alan said:

“This was a dream come true. I trained with the team yesterday and coming to Stamford Bridge is mind blowing. I want to thank my sons Freddie and William for nominating me and thank all my family. I particularly want to thank all the wonderful staff at Katherine Monk Ward at Basildon Hospital, who without their excellent care and support; this would not have been possible. As a family we are eternally grateful”.

The teams, England and World XI finished 2-2 in normal time with World XI winning on penalties.