Jenni Pettican has been shortlisted for the UK’ Largest Diversity Awards

Jenni Pettican from Corringham, Essex has been shortlisted for the Positive Role Model for Disability at the National Diversity Awards 2019.
Over 28,000 people nominated this year alone and the results are finally in for the National Diversity Awards (NDA), with an astonishing 124 nominees being recognised for their various achievements nationwide. 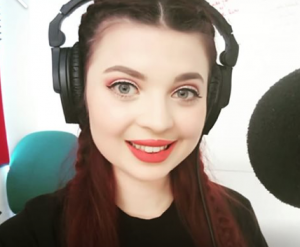 Community organisations and role models from across the UK will head to the breath-taking Liverpool Anglican Cathedral on 20th September to witness the countries 2019 winners being crowned the best of British diversity.

Amongst those being honoured are a reformed gangster, a Junior Bake Off Star and a host of campaigners and activists, all of whom work tirelessly to combat injustice and discrimination in very different ways.

Jenni was diagnosed with connective tissue disorder, Ehlers Danlos Syndrome in 2016. She also has a form of Dysautonomia called Postural Orthostatic Tachycardia Syndrome and suffered with a CSF leak which took 4 surgeries to diagnose and fix in 2017.

After struggling to find answers to her seemingly unrelated symptoms Jenni left university in 2015 in search of a diagnosis. She returned in 2017 and this summer will be graduating with first class honours from the university of East Anglia. She began to document her journey with her conditions online in 2017 and shares weekly videos of daily life with her conditions in the hopes of helping others and making them feel less alone. She also makes regular awareness videos to share knowledge about these little-known conditions with sufferers, the general public, and the medical community. You can find Jenni’s YouTube channel at Youtube.com/c/chronicallyjenni

On being nominated for the award Jenni said:
‘It’s been completely overwhelming. I got my first proper job interview, found out I’d achieved a first in my degree and that I’d been shortlisted for a national award all in the same week! I can’t believe that something I made to help as many people as I can in my tiny corner of the internet is being recognised on a national level. I’m so grateful to everyone who nominated me their words were so beautiful and made my heart so full; I hope I can do them proud. The other nominees look amazing and I’m very excited for the ceremony in September.’

HSBC, Direct Line Group & MI5 have recently been announced as sponsors of the pioneering awards that have paid tribute to over 700 grass root charities and diversity champions since its inception. Joining the likes of Auto Trader UK & Morgan Sindall Construction & Infrastructure, ITV News are also listed amongst a host of companies showcasing their support to recognising diverse talent.

A spokesperson for MI5 said;
“It is MI5’s mission to keep the country safe, and it’s vital that we represent the diverse society we seek to protect. We are at our strongest when we have the richest mix of the best talent, working together in an environment that allows people to thrive. Put simply, our diverse workforce is crucial to our operational successes. We are pleased to be able to demonstrate our ongoing commitment to inclusion through our continued support for these awards. They are an important way of recognising and celebrating the good work being done across the country to promote inclusivity, diversity and provide opportunity for all.”
Designed to highlight the country’s most inspirational and selfless people, the NDA’s continue to gain endorsements from high profile figures such as Stephen Fry, Sir Lenny Henry CBE and Graham Norton. Actress and comedian Sally Phillips will take centre stage on 20th September as the official host of this year’s ceremony.

Reflecting on the forthcoming celebrations, Sally said;
“I am delighted to be hosting the 2019 National Diversity Awards. Acknowledging and celebrating the hard work and stand out achievements of role models and community groups throughout the UK is a genuine honour for me. Having attended the Awards back in 2016, I experienced this fabulous ceremony first hand and I cannot wait to be back this year celebrating the dedication and commitment of some of the UK’s most luminous and exceptional people.”

Previous winners include actor Warwick Davis, footballs equality and inclusion organisation Kick It Out and freedom fighter Abbey Kiwanuka. Paul Sesay, Founder and CEO of the National Diversity Awards added “A record amount of nominations and votes were received this year, the most we have ever received. I know our judging panel had an incredibly difficult task of whittling down the nominees to create an outstanding shortlist. “So many heartfelt testimonies really showcased how these people and organisations are having a profound impact on the lives of others, and I applaud them for their dedication to each specific cause.
Congratulations to all of our shortlisted nominees, it is a privilege to recognise your bravery,
resilience and courage and I am honoured to share this with the nation. I look forward to congratulating you in person in September”.
To view a full list of nominees please visit www.nationaldiversityawards.co.uk/shortlist