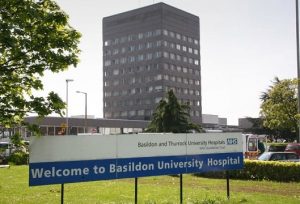 The Labour Party is today pledging to end the Tory NHS crisis with a £26bn real terms healthcare funding boost to provide safe quality care, recruit the thousands of staff needed, rebuild crumbling facilities and provide modern state of the art equipment. This is over £6bn in real terms more than the funding the Tories announced last year.

Unveiling the Party’s vision, Jonathon Ashworth and John McDonnell will announce the annual average 4.3% funding increase for health spending over the next four years, funded from Labour’s proposals to reverse corporation tax cuts and taxing the richest in society.

The rescue plan includes NHS capital expenditure rising to the international average, £1 billion a year training and education budgets and £1 billion more to fund a major expansion of public health services, with a focused drive on prevention measures to stop people getting sick as part of Labour’s mission to tackle health inequalities and prioritise children’s health and wellbeing.

The funding plan comes as experts warn the NHS is heading into one of the worse winters ever with hospitals reporting ‘black alerts’ with heart-breaking scenes of patients, often elderly, languishing on trolleys.

Ahead of the announcement John Kent Labour’s candidate for Thurrock said
“The number of people waiting longer for urgent cancer treatment has tripled under the Tories – and the terrible impact of cuts on waiting lists is visible here in Thurrock too.

“For many of those patients who have had to wait, there have been weeks of excruciating pain, or humiliating discomfort, or family members having to take unpaid leave to care for loved ones.

“While the Tories put out fake news about our health service, Labour’s getting serious about the job of saving the NHS from both a decade of cuts and the threat of privatization from both the Tories and the Lib Dems.

“You can’t trust Boris Johnson with our NHS. But the next Labour government will give our health service the investment it needs for the future.”

John McDonnell is expected to say
“The world class heath service we all need and depend needs proper funding.
“Labour’s policies to tax the richest in society and invest for the future through our Social Transformation Fund mean we will be able to improve millions of lives.
“And ending privatisation means that money can be spent on healthcare rather than dividends for Boris Johnson’s friends in the private healthcare industry.

Johnathon Ashworth is expected to say
“A decade of Tory underfunding and cuts has driven our NHS into year round crisis. Over 15,000 beds have been cut, hospitals are crumbling and our NHS is chronically short of nurses and family doctors.

“Just last week we all were shocked by the heart-breaking image of an 88 year old woman, left languishing for hours and hours on a trolley in a hospital corridor.

“With experts warning this winter is set to be one of the worst the truth is our NHS is crying out for a financial rescue plan to deliver real change for patients.

“We are announcing today the levels of investment our NHS needs to not only again provide the quality care our sick and elderly deserve but secures the NHS for the future as well. We’ll invest more to prevent people becoming ill in the first place and we’ll give mental health and wellbeing a greater priority than ever before.

“This general election is about millions on waiting list and hundreds of thousands who’ve waited on trolleys under the Tories – only Labour has a plan to rescue our NHS.”

To ensure quality care across both physical and mental health, Labour’s NHS Rescue Plan will mean:
·       Increasing the total Department of Health and Social Care budget to £178bn in 2023-24 – an average annual increase of 4.3%
·       Increasing the NHS England resource budget to £154.9 billion in 2023-24 to restore constitutional standards on waiting times and access, including ensuring 95 per cent of patients are treated within 18 weeks, improve A&E performance and radically improve cancer survival rates;
·       This will mean a real terms increase of £26bn for day-to-day NHS spending from 2018-19 to 2023-24 – the period over which the Conservatives have promised £20bn
·       Guarantee a greater priority for mental health and wellbeing than ever before with an extra £1.6 billion NHS spending per year to fund counselling services for schools, community mental health hubs for young people, invest in community services for severe mental illness and ensure high quality liaison and 24/7 crisis care for people living with poor mental health;
·       Free prescriptions and car parking, the costs of which are not included in these figures.
·       Protecting the NHS from Boris Johnson’s sell out Brexit deal with Donald Trump which risks funneling £500 million per week out of the NHS to big drugs companies

To rebuild the NHS, Labour’s NHS Rescue Plan will:
·       Increase NHS capital budgets by £15 billion over a Parliament to rebuild NHS hospitals and community facilities and clear the maintenance backlog, funded from Labour’s Social Transformation Fund;
·       Deliver a Green New Deal for our NHS so every trust can to reduce its carbon footprint can get it;
·       Provide a new £2 billion strategic mental health infrastructure fund to abolish dormitory wards and make every inpatient setting safe for patients, invest in more beds to end out of area placements and roll out a fleet of crisis ambulances;
·       Invest an extra £2.5 billion to overhaul the primary care estate so that GPs can deliver better local care in their communities;
·       Provide an extra £1.5 billion to increase the numbers of CT and MRI scanners to the OECD average to radically improve diagnostic capacity and improve cancer outcomes;
·       Invest further in digital, AI and to ensure transformation of services for the future.