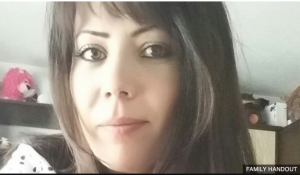 A DOCTOR has told an inquest he was refused blood-clotting products for a dying mother following a haemorrhage reports the BBC.

The Romanian-born mother, from Grays died after she was not given all of the blood products she needed for a transfusion, the inquest was told.

Her baby was born healthy and survived.

Mrs Pintilie lost more than a litre of blood in seven minutes following a haemorrhage during the Caesarean section and died seven hours later at 04:41 GMT on 27 February.

Dr Tom Hall, the anaesthetist in charge of tracking Mrs Pintilie’s blood loss in the surgery – which included a hysterectomy – told the inquest a consultant haematologist refused to issue blood-clotting products, such as frozen fresh plasma to the theatre.

The haematologist told Dr Hall’s colleague the products would not be released until the latest set of blood tests had been returned, Dr Hall said.

He told the inquest: “Mrs Pintilie was very unstable by this point, her blood pressure was fluctuating, her heart rate was going up as well. She was very unwell.”

The anaesthetist said he was “surprised” by his colleague’s decision to withhold the blood products.

Shortly after 02:00 GMT, Dr Hall called the haematologist himself, but also got a refusal.

He remembered describing Mrs Pintilie’s blood as “looking like water”.