WHAT a day for personal bests for those who competed in the Open Pentathlon held in Hemel Hempstead on Sunday 16th July. 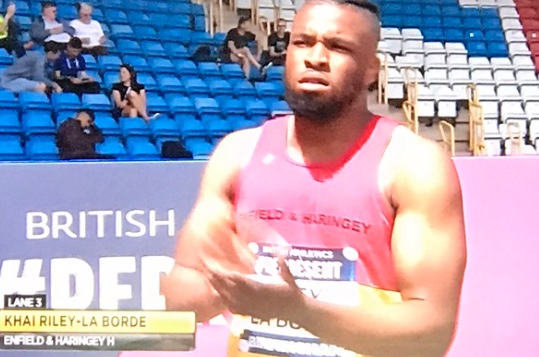 THURROCK athlete, Khai Riley-Laborde produced an outstanding performance to grab a silver medal in the 110 metre hurdles at the British Championships in Birmingham on Sunday. The event was won by David King from Plymouth in 13.55. Khai, running for Enfield and Haringey clocked 13.71. Th event was also a trial for the World Championships […] 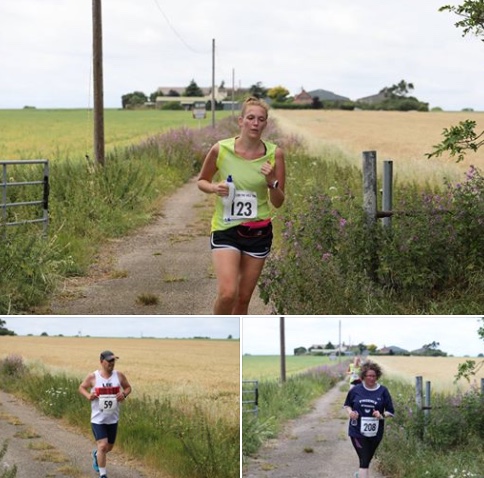 OVER 400 runners tackled the war conditions to compete the Horndon-on-the-Hill 10K on Sunday morning. The race takes place during the Horndon Feast and Fayre and is a favourite of runners due to the welcoming crowds. The winner was Braintree AC’s Tim Woulfe who ran in 33.47. First woman home was Thames Hare and Hounds […]

IN a tightly fought SAL match at Croydon on Saturday, the Harriers seniors again had to settle for 4th and last place. The scores: Croydon 198, Serpentine 193, Ipswich 178 and Thurrock 168. These statistics tell the whole story.

Southern Athletics League 21st May Sunday (21st) saw Thurrock travel to King’s Lynn for their 2nd round fixture of the Southern Athletics League competing against Royston Runners, Stevenage & North Herts, and Medway & Maidstone. Unfortunately due to other commitments it was a much depleted team but there were some great individual performances from both […] 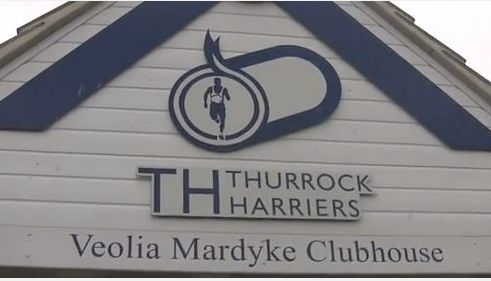 A fantastic start to the Eastern Youth Athletes’ League (EYAL) for Thurrock Harriers. 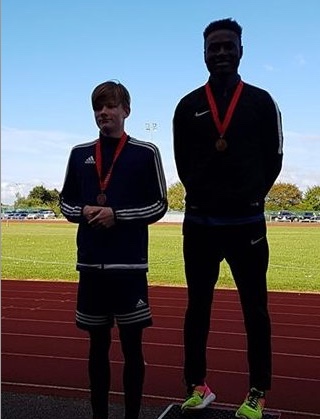 THURROCK Harrier’s young athletes were well represented in the Essex County Combined Events Championship held on Bank Holiday Monday at their stadium. Achieving success on the podium athletes won two gold, two silver and two bronze medals against opposition from all over the county.

Athletics: Hayley’s success at an Instance 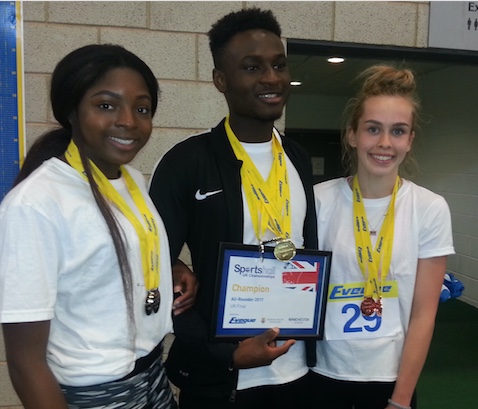 BEST performance at the London Marathon didn’t come from the 26.2 milers but from under 15 Hayley Instance. Representing the Eastern Counties in the 5k race she recorded 17m 44s, an outstanding time for an athlete of this age. This is the crowning moment of a long and very successful winter.

Are you running the 2017 London Marathon? 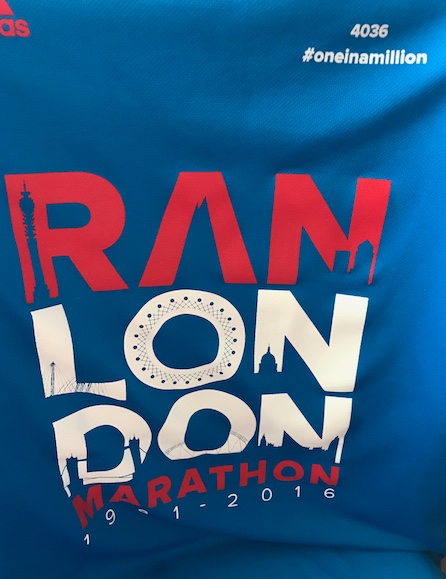 ARE you from Thurrock and running the London Marathon on Sunday? If so, let us know. The Virgin London Marathon website has a facility that enables us to track all the runners. . Each runners split times from 5k, 10k, 15k, Half Marathon and all the way up to 42K comes up on the website. […] 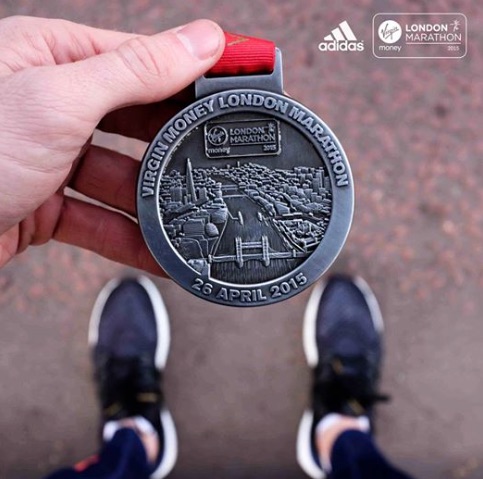 c2c is providing extra, longer trains and free travel for runners to celebrate the 2017 London Marathon.

THURROCK Harriers’ female athletes competed in the Alpha Beta Trophy which was held at Lee Valley on Sunday 9th April. With individual season and personal bests achieved the U15G team came third in the U15G competition and the Senior Women team came sixth.

Athletes from Thurrock Harriers competed in some of the first events of the outdoor season at the weekend. At the Lee Valley Open on Saturday 8th April Funminiyi Olajide (U17G) jumped an impressive LJ of 5.67m, ranking her 1st in Essex and East, she also ran 200m in 26.92m. Other results at Lee Valley include […] 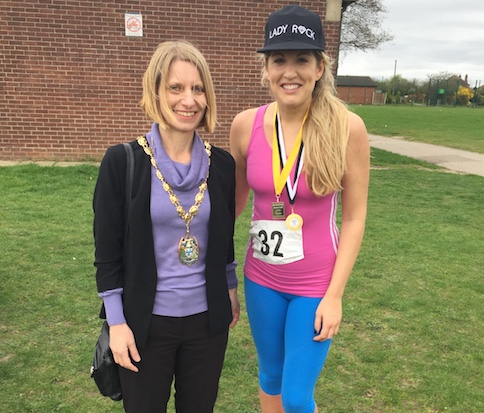 SPORTS Quest LTD held their first annual 10k run event which saw 60 runners take part on a blustery day at Blackshots field. Many runners had a lot of interest in the event due to it’s community feel and local area. 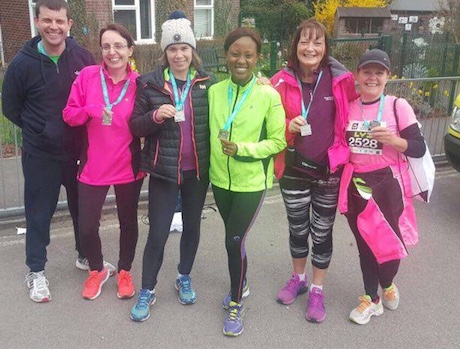 Thurrock parkrun: Thanks Trevor for all you have done 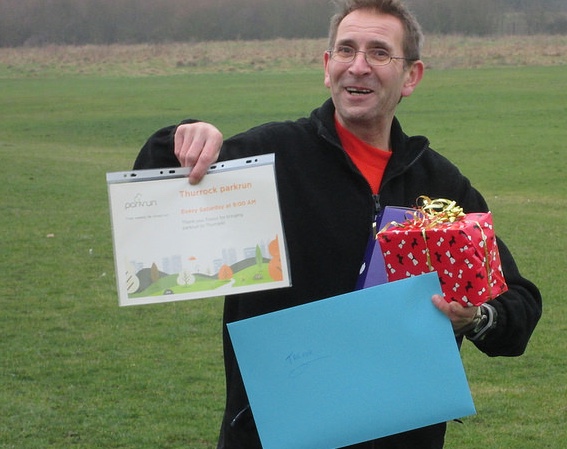 THE FOUNDER of the Thurrock parkrun, Trevor Rawson is moving away from the borough. Without Trevor, there probably would not be a parkrun in Thurrock. In case you don’t know, a parkrun is a 5k timed run that takes race at 9anm every Saturday. Thurrock’s takes place on Orsett Heath. For some, the parkrun has […]

THE Essex Road Relays for seniors and veterans grow in popularity year on year. The 5k course on Dovercourt Esplanade is always breezy but popular with the athletes and this year 97 teams, men’s and women’s, toed the start line on Saturday. These included 4 teams from the Harriers.

For the U17B , Theo Adesina in his first year as U17B did us all proud in the indoor heptathlon coming a very good 4th over hall with a PB of 4468 points which now ranked number one in Essex, East and England

AT the Lee Valley Indoor Open – 5th March – Thurrock Harriers AC Athlete Oreofe Adepegba moved to East of England No1 U15b in HJ on his first outing of the season with a SB 160cm Jump =PB moving him also into =15th in U.K. this with a further two pbs in both rounds of 60m with best Time of 10.01s. 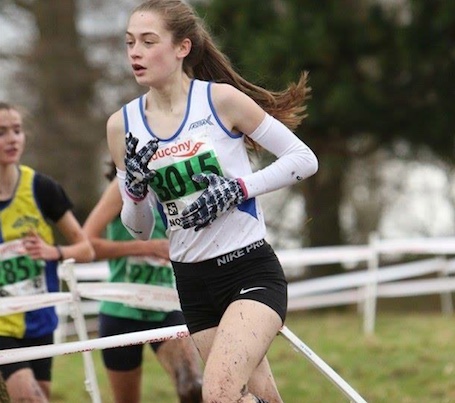