U15 South Essex District Final- 20 overs Belhus CC 131 for 7 Orsett & Thurrock 123 for 9 Sunday September 5th, Belhus won a tightly contested final on a famous day for the club at North Stifford. Belhus CC hosted the SECPG Youth finals day with a Belhus side reaching all three South Essex District finals. The U15 […] 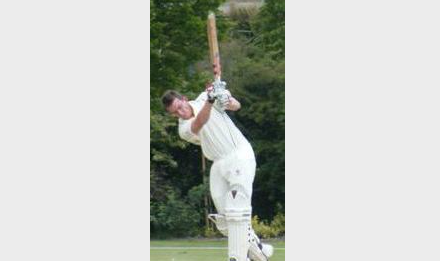 BATTING first in this penultimate League match of the season, Belhus 3rd XI posted a commendable 262-4 from their allotted 40 overs.

Cricket: Belhus take on the MCC

LOCAL cricket buffs will know that Marylebone Cricket Club (MCC) is a cricket club founded in 1787 and based since 1814 at Lord’s Cricket Ground, which it owns, in St John’s Wood, London. The club was formerly the governing body of cricket and still holds considerable global influence. 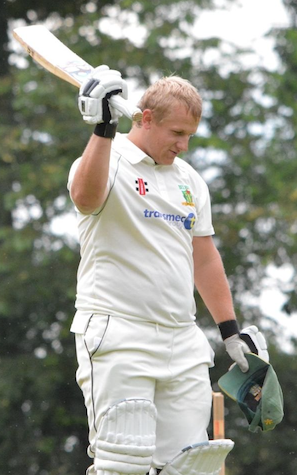 Belhus 1st XI 246-4 Colchester & East Essex 1st XI 131 THAT old sage, Walt Disney, once said “The way to get started is to quit talking and begin doing”. Belhus CC 1st XI heeded these wise words on Saturday 14th August and put in their best performance of the season thus far against their […]

Cricket: Joy for Joyce as Belhus earn away draw 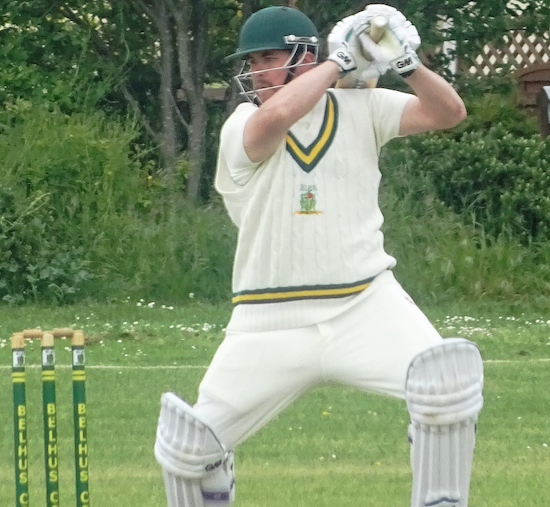 BATTING first in this HFEL Premier Division match, Wanstead posted a very respectable 253 for 1 declared after 54 overs, thanks to a magnificent 219-run 2nd wicket partnership between Tom Simmons (111) and Robin Das (119).In their run-chase, Belhus soon found themselves in trouble at 7 for 3 and a win was unlikely.

Cricket: Winning is a great habit for Belhus 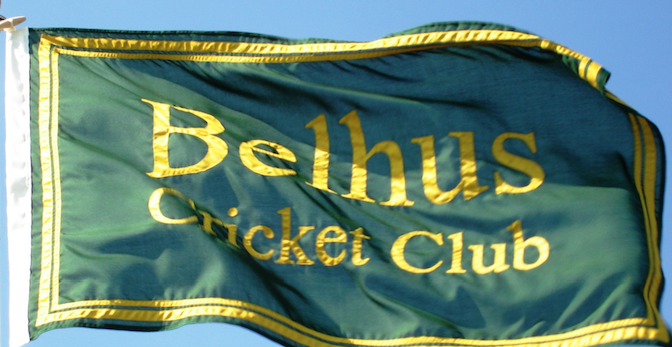 BELHUS CC 1st, 2nd and 3rd XIs win, winning is a great habit!  Not quite a Belhus CC ‘Grand Slam’ as our 4th XI and 5th XI came up short but still nonetheless a good day for the club and supporters.  With twelve league matches now played, we are now two thirds of the way […] 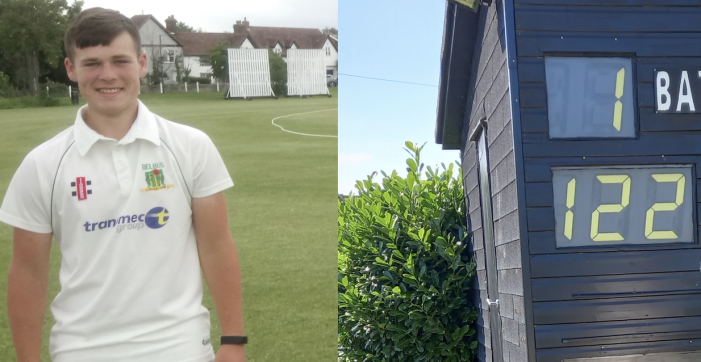 SATURDAY 17th July saw a clean sweep of disappointing defeats for all Saturday league teams at Belhus CC. The Belhus CC 1st XI lost away at rivals Chingford by five wickets. There were six wicket defeats for the 2nd XI at home to Ardleigh Greeen & Havering and for the 3rd XI away at Ilford.

Cricket: Belhus go down to top side Brentwood 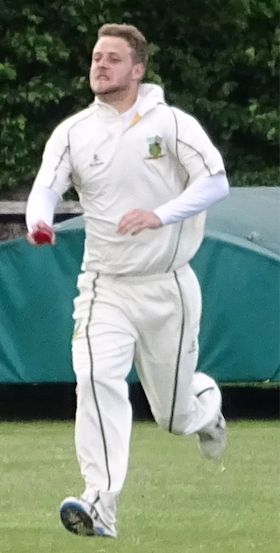 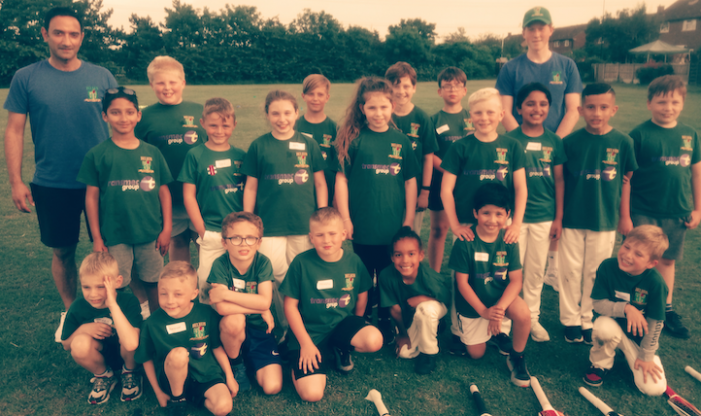 Cricket: Another disappointing defeat for Aveley 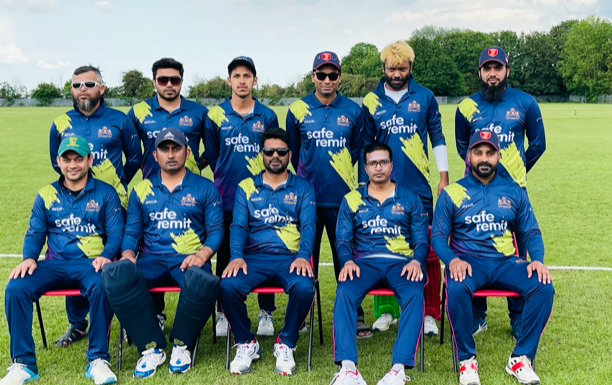 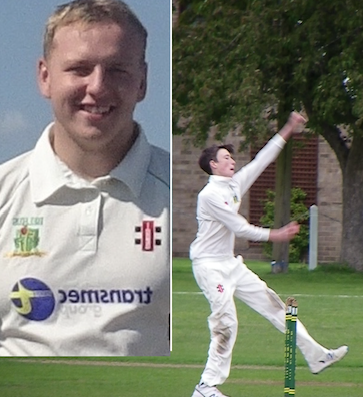 BELHUS fielded first, with Captain Guilbert taking three early wickets, two of which were catches in the field by Andrew Williams. 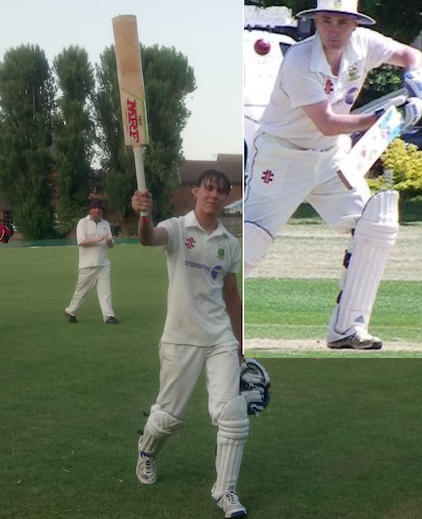 ON Saturday 12th June, the Belhus CC 1st XI travelled to Colchester for their sixth Essex premier League match. We are now a third of the way through the cricket season and League points for wins and losing batting or bowling points are the name of the game. Results matter in this beautiful game!

Cricket: Back to back wins for Aveley

THE toss was won by East London Warriors CC and elected to field In a batting friendly track.

Cricket: Nothing ordinary about Plane’s batting 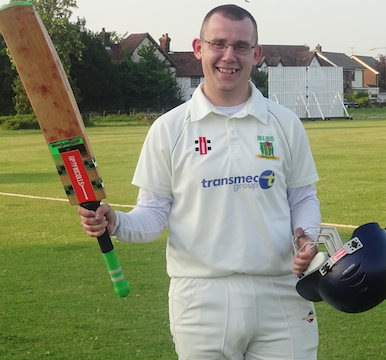 NEARBY Southend Airport may not have much air traffic at the moment, but Belhus CC batsman, Jack Plane’s batting form has taken flight this season, ‘knocking out’ another 112 runs at Mount CC, on Sunday, which nicely complimented his previous Sunday’s 167 runs at home to Ruislip.

Cricket: Nothing Plane about Belhus batsmen 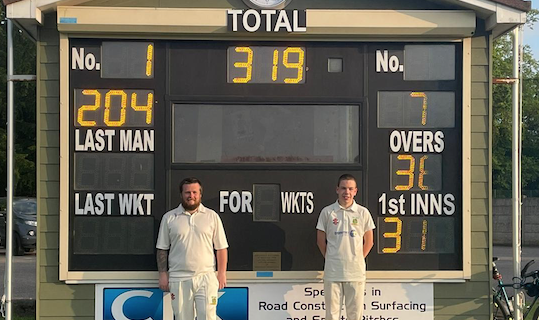 IN a gloriously sunny and busy weekend for cricket at Belhus, there were standout batting performances for the Sunday XI.   Incidentally, the 319 scored by the Sunday XI, at the old county ground, became the club’s largest Victory by 10 wickets which was another club record to tumble. Congratulations, Ryan and Henry! Ryan Wells, scored […]

Great bowling earns Belhus first away win of the season 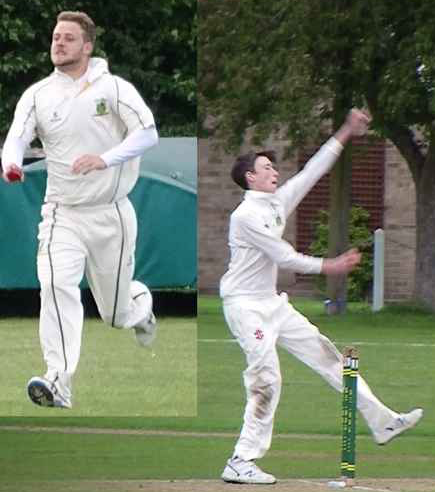 ON Saturday 22nd May, Belhus CC 1st XI earned their first Essex Premier Division League away win of the season by 20 runs v Hadleigh & Thundersley. Belhus CC 1st XI batted first, scoring a creditable 193 for 7 on a difficult day for batting. Dan Norris led the bowling attack and took a ‘5for’ […]

THE Belhus 2s were 11 runs short at Ardleigh Green despite a fine batting performance from Belhus 2s’ Jack Plane who held the innings together scoring a creditable 56 runs.

Cricket: Rain covers do their job at Belhus CC and Belhus 2s win by one run

SATURDAY 8th May’s rains coincided with the first day of league cricket all over Essex. Cancellations for all the other Belhus CC teams except the Belhus 2s who were at North Stifford playing against Westcliff CC.

Cricket is back at Belhus 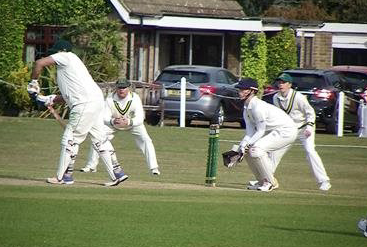 BELHUS CC 1s entertained Loughton at North Stifford in the league cup. Belhus CC batted first, Joyce Brothers, Danny with 84 and Joe with 62 runs took Belhus to 246 for 5. Loughton CC responded with 217 all out, three wickets apiece for Joe Joyce and Danny Norris. 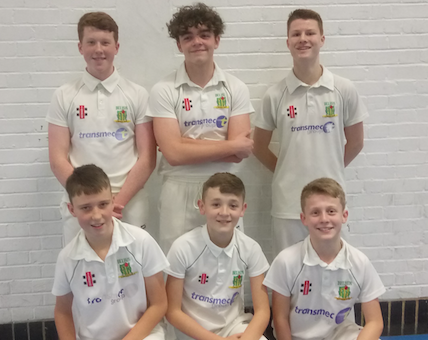 TWO pairs of Belhus brothers, the Barnetts, (Etan and Lucas) and the Blakes, (Alex and Lewis) along with Billy Baker and Brandon Millard won the u16 indoor cricket final versus a strong Rainham team.

THE Amazon fulfilment centre in Tilbury has made a £1,000 donation to Orsett and Thurrock Cricket Club.

HISTORY was made at North Stifford when the Marylebone Cricket Club – the world’s pre-eminent private cricket club with headquarters at Lord’s, made their first visit to Thurrock in the 200 years that cricket has been played in the Borough. 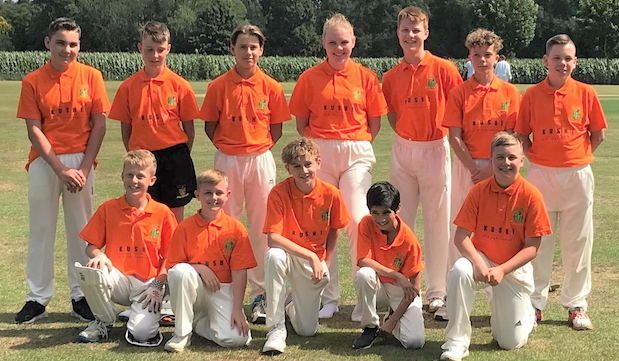 BELHUS commenced their fifteenth youth tour at the picturesque Garboldisham ground. Skipper Teddy Waters lost the toss and were asked to field. Tyler Robertson struck the first blow of the tour bowling the dangerous Cunningham for 6 in a lively spell of 1-13.