EAST Thurrock United goalkeeper Arthur Janata spared his side the embarrassment of equalling their worst ever defeat when he saved a penalty late in the game today (Saturday, 23 October).

ROCKS played a full part for most of this open and highly entertaining game, but it all went badly wrong in the closing minutes.

TO coincide with International Day of the Girl on Monday 11th October, The FA launched a new campaign – Let Girls Play – which supports their strategic ambition to give all girls equal access to play football in school by 2024.

BUT a superb individual effort from Southend United loanee Jon Benton, who beat two men before crashing home a strike from the edge of the box, put Rocks level on 34 minutes. 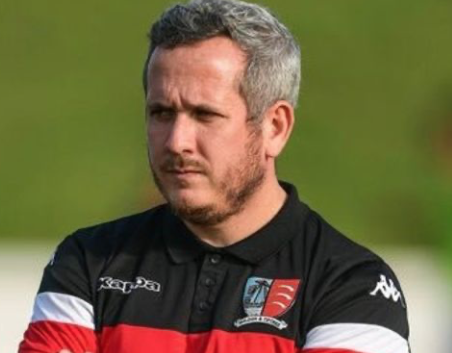 FOLLOWING the retirement of Jim Cooper I have been looking to bring someone into Grays Athletic, not only to assist me, but to help improve this group with the same mindset and values that I and the club are looking for.

Football: Aveley move up table with away win

AVELEY moved up to seventh spot in the Isthmian North thanks to a solitary goal win at The Arena on Tuesday (5 October) evening.

GRAYS Athletic maintained their place at the top of the league with a 3-0 win against Felixstowe and Walton United.

A LATE goal from Joe Wright secured an Isthmian North victory for Tilbury in their derby with Romford at Mayesbrook Park this evening (Wednesday, 29 September).

JUST the mention of the FA Trophy is enough to quicken the heartbeat of any seasoned Grays Athletic supporter. Memories of the grandest of days of out at Villa Park and Upton Park never fade, even with the passing of the years. Yet nowadays, we accept that we dine at a very different table, but […]

THE visiting Rocks looked to have established a grip on tonight’s (Tuesday, 21 September) replay when Johnny Ashman put them ahead on 37 minutes and six minutes later Ben Wyss gave them a two goal half time advantage.

BLUES leading for most of the game saw Coggeshall snatch a draw courtesy of a Sam Bantick penalty in what was a classic game of two halves. Danny Sambridge succumbed to a back injury early on to be replaced by 16 year old Sam Griek who acquitted himself well.

Isthmian North Grays Athletic 4 v 0 Romford AFTER a disappointing setback against Maldon & Tiptree Blues bounced back in style with a four goal feast at the expense of Romford who themselves contributed to an entertaining evening of football. Jack McQueen and Callum Watts registered their first goals for the club and what goals […]

AVELEY suffered the heartbreak of bowing out of the FA Cup on penalties this evening (Monday, 13 September) in a tight fought match against a side managed by their former boss Justin Gardner that at times became fractious.

WITH nine members of Paul Martin’s injury decimated squad ruled out, Rocks were truly down to the bare bones for this trip to pre-season title favourites Worthing, even including assistant manager Mark Lord amongst their substitutes.

Football: Tilbury still without a win after defeat at Barking

TILBURY’S poor start to the season continued with a defeat away to Barking.

Football: Grays Ath go down to first defeat of the season

GRAYS Athletic went down to their first defeat of the season at Maldon on Friday night.

Football: East Thurrock through to next round of FA Cup

ROCKS avoided a potential banana skin at Northern Premier Midlands Division Cambridge City, to progress into the second qualifying round of the FA Cup.

Football: Tilbury held to a draw by Canvey

TILBURY took their first point of the season with a draw against Canvey Island.

Football: Honours even as East Thurrock take a point

THE Rocks opened the scoring through Alex Hernandez in the 76th minute but Brightlingsea equalised through Harry McDonald in the 85th minute.

Football: Jim Cooper to step down as Grays Athletic Manager with immediate effect 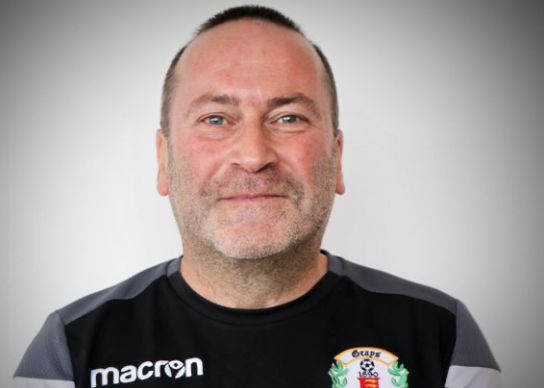 JIM Cooper to step down as Grays Athletic Manager with immediate effect.

Football: Tilbury still searching for first game of the season

TILBURY are still searching for their first win of the season after going down at Witham on Saturday afternoon.