FOOTBALL pitches across Essex are set to be enhanced thanks to £349,350 worth of investment from a new Pitch Preparation Fund scheme set up by the Premier League, The FA and the Government’s Football Foundation. 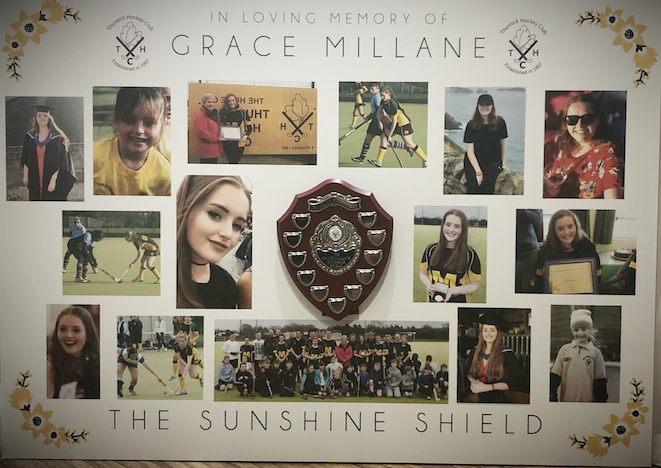 IN December 2018, we tragically lost Grace Millane, a kind, strong and genuine soul whose laugh would light up a room. A long standing member and great supporter of our Hockey family, along with her family, Gill, Dave, Mike and Declan.

Hockey: Thurrock Ladies go down at home as season draws to a close

THURROCK Ladies 3s travelled to Brentwood for their last game of the season on Saturday, the frozen pitches that caused the rescheduled date a distant memory in the glorious spring sunshine. 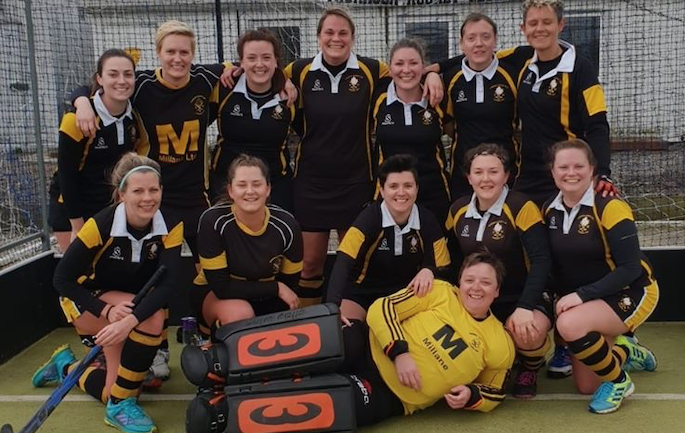 THURROCK LADIES 1s 6 – WAPPING 4s 2 Thurrock knew they needed to win to secure promotion and came out ready to play some great hockey, as they have done throughout the season so far. They started strong and scored 4 goals within 15 minutes which knocked Wapping sideways. Thurrock became slightly complacent which allowed […]

THE ladies rallied well this week after last week’s bruising affair. Still without captain and goalkeeper Claire Brosnan, T’s were delighted to have Sally Willet volunteering to stand in goal.

WITH only ten men, Thurrock faced a full strength Wapping side and were under heavy pressure from the start, forcing keeper Ryan Jones to make a string of last ditch saves.

EAST LONDON 8s 6 v 0 THURROCK MENS 2s 0 With only ten players against a full East London squad, Thurrock were under attack from the start and found it hard to break out of their own half. Despite keeper Ryan Jones pulling off a string of outstanding saves, it was no surprise when the […]

THURROCK LADIES 2s 4 – CHELMSFORD 5s 0 It was another great win from the Ladies Thurrock 2nd XL this weekend against Chelmsford. It was a quick start to the score board as an early goal was scored by Rebecca McKenna from a short corner who managed to push it through the legs of the […]

THURROCK LADIES 2s 2 – CHELMSFORD 4s 1 THURROCK produced an excellent battling performance to come from behind and beat Chelmsford, therefore maintaining their chance of promotion. In a fairly even first half, both sides created some good attacking play and Tees nearly took the lead with a great run and cross from Emily Crown […]

THURROCK LADIES 2s 4 – BRENTWOOD 3s 2 THURROCK maintained their push for promotion by winning their first game back after the Christmas break. After an even first ten minutes, Tees began to exert their pressure and from a penalty corner strike, Charlene Curtis made a great connection at the near post to deflect the […]

THURROCK came up against a full strength Rochford side who were looking to halt a recent run of poor form. From the start Rochford looked to put the weakened Thurrock defence under pressure.

Hockey: Thirteen is a lucky number for Thurrock men

THURROCK MENS 1s 13 – CLACTON 2s 0 Top of the table Thurrock came up against a Clacton side rooted to the bottom of the table and without a win all season, and the difference between the 2 teams was quite evident from the outset. Thurrock began strongly, dominating possession and pushing forward at every […] 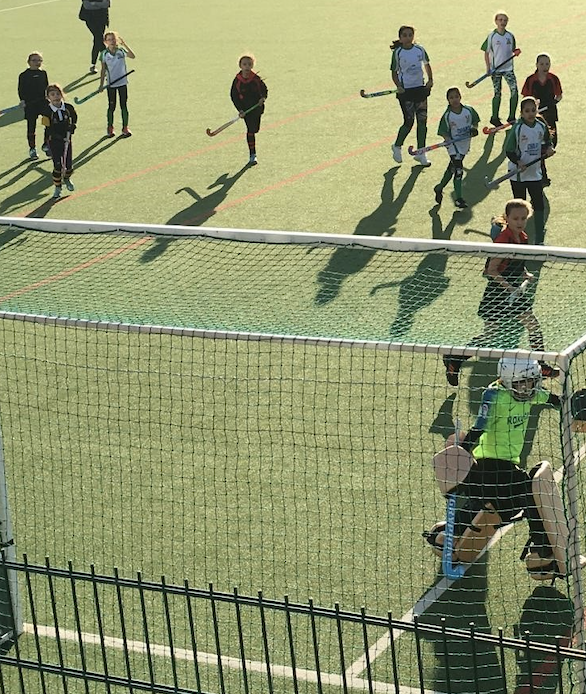 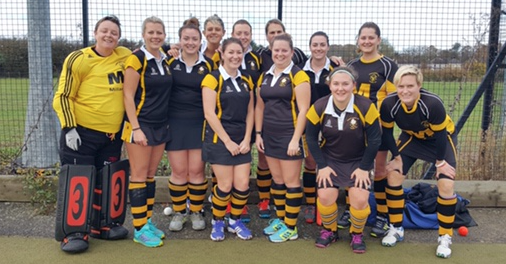 THURROCK LADIES 2s 3 – REDBRIDGE & ILFORD 2s 1 Thurrock maintained their position at the top of the league with another hard fought victory at Redbridge & Ilford. Tees began the match strongly and took the lead from a penalty corner when Fay Tuffee’s shot was deflected and fell perfectly for Alison Bonner to […] 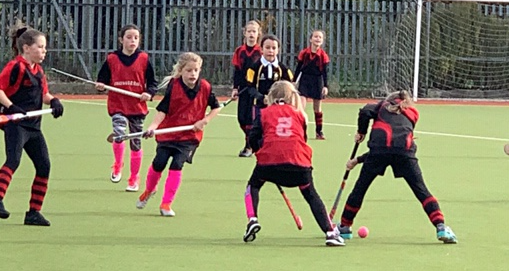 THURROCK MENS 1s 4 – EAST LONDON 5s 1 Thurrock hosted a strong East London XI on Saturday morning and maintained their unbeaten run in the league. A cagey opening 10 minutes saw East London dominate possession and create a couple of half chances. However, a quick clearance from Tommy Ing out of defence saw […]

Hockey: Great set of results for all Thurrock teams

EAST London started strongly in this East Division 8SE game but found it hard to penetrate a resolute Thurrock defence marshalled by Jordan Salmon. Thurrock slowly made progress up the field and gained a series of short corners but were unable to get past the in-form East London keeper and half time came with no score.

THURROCK MENS 2s 4 – BRENTWOOD 5s 2 Thurrock started this Div 8SE game with only 7 players and so had to defend strongly against the Brentwood attack. After 15 minutes a missed tackle by a Thurrock defender allowed Brentwood to beat keeper Ryan Jones and take the lead. This spurred Thurrock to a more […]

ON Sunday October 14th Thurrock entered The Romford Hangman’s Tournament. This is a 7 a side tournament played on the once familiar grass pitch which has now been superceded by astroturf. 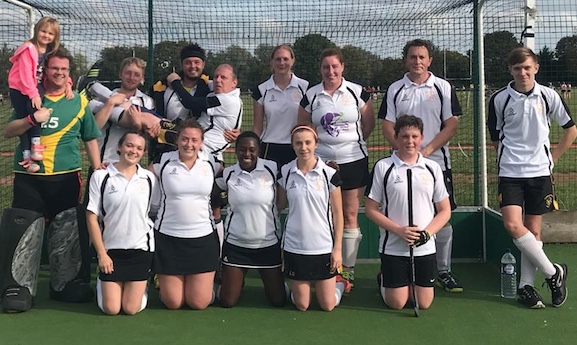 THURROCK started their new venture as a mixed team led by captain Fay Tuffee by visiting Upminster for their first league match. A positive move for the club with plenty of players turning out for the first match.

THURROCK MENS 2s 2 v SAFFRON WALDEN 7s 5 Thurrock struggled to raise a side but with the assistance of Michael Fleming who had umpired two earlier games plus Dave Leeks and Derek Staton who had both umpired earlier, and Joshua Lamb home for the weekend from Edinburgh University, they managed to have nine players […] 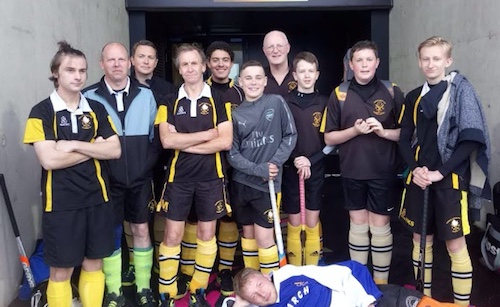 THURROCK MENS 2s 0 v TOWER HAMLETS 1s 10 After having to drop out of the league last season due to shortage of players, Thurrock made a return to East Division 8 on the National pitch at Lee Valley with father and son combination Martin and Robert Healy making their debut in senior hockey. The […] 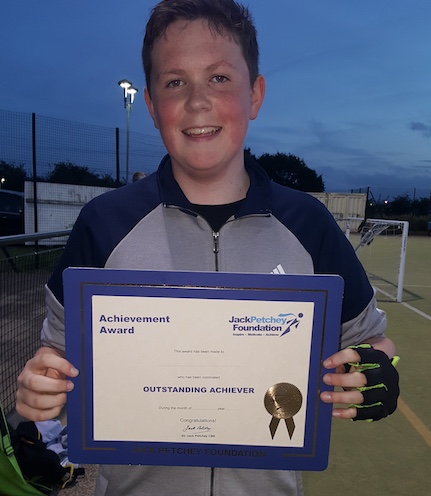 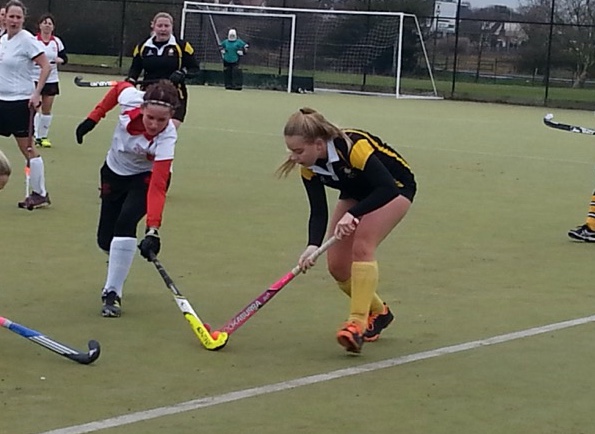 THURROCK Ladies 1s had a double header this weekend. Two 11am pushbacks on Saturday and Sunday. Thurrock played Braintree on Saturday morning and from the outset Thurrock were playing some strong hockey with plenty of passing between them.

Thurrock Ladies 1s 0 vs Southend 1s 7 Thurrock 1s were ready to put up a hard fight against 2nd in the league Southend 1s and the unexpected warm weather wasn’t going to deter them. Thurrock started well and plenty of play between Lou Parrott and Natalie Beardwell in the middle threw a strong Southend […]