Pimms and pudding at the Catholic Women’s League 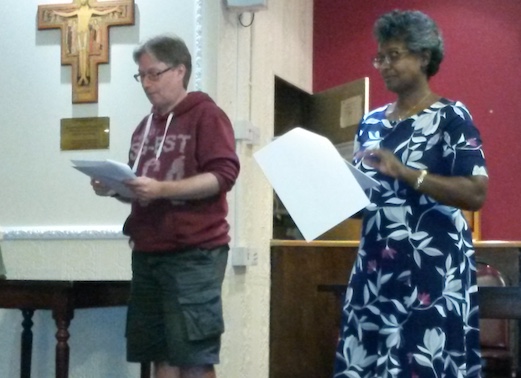 MEMBERS of the Catholic Women’s League, of St. Thomas of Canterbury Church, Grays, enjoyed a delightful evening of Pimms and delicious summer puddings whilst listening to a variety of readings by members of the Thurrock Writers Circle – a blend of poetry and prose, including extracts from the works in progress of Danielle Chinnon and Steve Grimshaw. 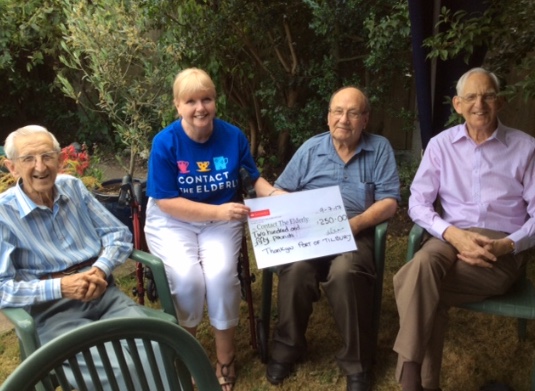 THURROCK’S Contact the Elderly has received a £250 boost from The Port of Tilbury to support their community tea parties for older people who live alone in the local area. Contact the Elderly organises volunteer-led afternoon tea parties for older people across the community who live alone. The Thurrock group have recently celebrated their first […] 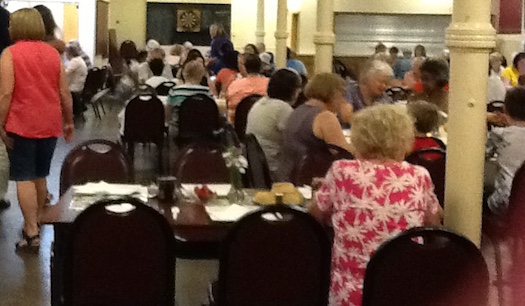 Keeping the calories under control can seem impossible during a festive season of over indulgence. By the time the trees come down, the chances are you’ve consumed a Santa sack full of food and alcohol. And why not? You want to enjoy yourself. But enjoying a festive tipple or three doesn’t have to mean consuming […]

A GRAYS nurse is holding a vintage tea party in Horndon this weekend as part of a series of charity events. Shelley Rollinson is a practice nurse working in Grays.

A HOST of activities this Friday from 11am to 4pm at the Park Inn, Thurrock. All in aid of St Luke’s Hospice. Bouncy Castle, Cake Stall, Pimms and much much more.

There was not a piece of grounds without a form of entertainment – there were lots of Inflatables, Circus Skills, Football Skills, Face Painting, Quad Bikes, BBQ, Pimms, Arts and Crafts, Craft Stalls, Rodeo Bull, Psychics, DJ, a huge Stage and a special show from Jimbo the Partyman.

There will be an Inflatable Village with lots of interactive inflatables including Bouncy Castles, Crazy Golf, Penalty Shoot Out, Fun Runs, Slides, Climbing Pyramid, Trampolines, Circus Skills and a special Under 5’s Area with Soft Play, Messy Play and an Inflatable. Wristbands for the Inflatable Village are £7.00 each and are unlimited for lots of bounce and fun! Don’t forget your socks!

Winners all round at St Luke’s night at Port

Helen Mitchener, Operations Manager of Cruise & Maritime Voyages said, “We have had the privilege of sailing in and out of the London Cruise Terminal at Tilbury for many years and hope to continue to do so.
The event was a great success and we were delighted to support such a worthy cause.”

Fatima to star at Treetops fair on Saturday

With funding awarded from ‘Celebrate Thurrock 2012’, the specialist school in Grays is aiming to put on its best summer fair yet with a large Olympic themed bouncy castle, lots of fun races and games, food and craft stalls, beer and Pimms tent and displays by their own song & dance clubs and Thurrock Marching Brass.

It’s FREE ADMISSION and for the children there will be lots of FABADOUSA fun courtesy of The Partyman Company. There will be a Live Show from JIMBO THE PARTYMAN, Swing Boats, Face Painting, Side Stalls, Quad Bikes and much more! (Please note there will be a small charge for some of the attractions except for the LIVE SHOW).

And I hadn’t even started on the fish yet. A generous slab of halibut cooked with lots of due care and attention. There’s nothing worse than overcooking a really good bit of fish, or masking the taste with too much seasoning or sauce. Those would be examples of the wrong way to treat a good bit of fish.
The halibut was a prime example of exactly the right way to treat a good bit of fish. It was done to perfection. Not too dry, not too moist, and a generous pinch of salt but not so much that it overpowered the taste of the fish. It worked so well with the already impressive duelling flavours of the lentils and chorizo that the three tastes combined in the mouth to create a holy trinity of flavours.

By Staff Reporter on May 1, 2011   Headlines, Lifestyle, Orsett Hall

We may well have the answer! Come along to the Strawberry Fayre on Bank Holiday Monday 2 May 2011 being organized by Orsett Hall and The Partyman Company. The event takes place at the Orsett Hall between 12.00pm and 5.00pm and promises to be fun for all the family. It’s FREE ADMISSION and there will be a Pimms and Champagne Tent, Strawberries and Cream, Tea Rooms, BBQ, Craft Stalls, a live Jazz Band, a Bar, Morris Dancers and Psychic Readers.

Over 3000 people attended the Family Fun Day at the Orsett Hall on Bank Holiday Monday in the glorious sunshine.  The event was organized by The Partyman Company and Orsett Hall and was such a success that they hope to make it an annual event.