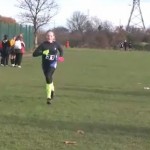 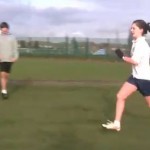 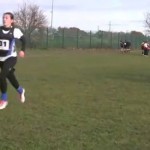 The athletes from William Edwards School & Sports College excelled themselves again on Tuesday 14th at Blackshot Park in the borough cross
country championships winning 4 gold’s from the 6 available race categories. Both boys and girls teams ran superbly and in a display of grit and determination secured top spot retaining the overall borough championship title 2010.

With the first 6 athletes scoring for the team this gave the William Edwards runners the perfect score of 21 points setting a new district record and sending a clear message to all their competitors.

The year 7 boys team had a very tough race and faced stiff competition from both St Clere’s and Gable Hall. Sam Smith narrowly missed out on the gold and finished 2nd taking the silver and Shaun Gittleson was pipped at the post just losing out on the bronze medal finishing 4th.

The intermediate girls claimed top spot for the second year running and Thurrock Harrier, Rebecca Barnard won the gold by a country mile!
Georgia Fraser claimed the bronze finishing 3rd and little sister Courtney was close behind taking the 4th spot. Lauren Landy finished strong to take the 6th spot and last minute recruitment Rheann Randall displayed grit and determination to finish in 11th place who was closely followed by Kirsty Highwood in 12th position. With the first 4 scoring for the team the overall total was a measly but mighty impressive 14 points to take gold, beating St Clere’s who took silver with 53 and the Convent who took the bronze with 71 points.

The final race and most gruelling of them all is the 2.5 mile intermediate boys race. Jordan Purkiss ran well but just missed out on a podium position and finished 4th. Lawrence Petts (11th) ran superblyalong with Lewis Moore (14th). Chris Storr (20th), JJ Jameson (21st) and Brad Merchant (27th) secured the team total of 82 points but lost out on the gold to Gable Hall who scored 74 points.

Combined team scores at the end of the competiton resulted with William Edwards retaining the district crown and improving on last year’s performance by 30 points. William Edwards scored 254 to take the gold, beating St Clere’s who came in 2nd to take silver with 657 points and Gateway the bronze with 865 points.

Mr Reid, Head of PE at William Edwards School, said that all of the students have performed exceptionally well and should be very proud of their performance as they have worked extremely hard. Amazingly 17 of our athletes now have the opportunity to compete for Thurrock at the Essex Schools Cross Country Finals on the 15th January 2011 at Hylands Park.

What has impressed me is just how determined and committed every single member of the athletics team has been. The team is going from to strength to strength and they are keen to improve at every training session. I would just like to say well done to the whole team, we are extremely proud of your achievements.