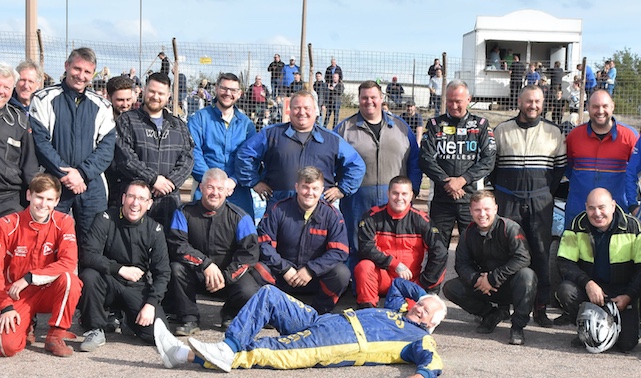 Paul brings with him a wealth of knowledge and experience and is armed with excellent coaching achievements including producing 50 County swimmers and in excess of 30 Regional swimmers annually; developing over 25 individual national qualifiers, national finalists and semi-finalists and developed squad swimmers who have qualified at the British Championships in 2009 to 2014 including Olympic and Commonwealth Trials.

TABLE Tennis has always been popular in Aveley. They have a regular club every Saturday for adults in the morning and for young people in the afternoon.
The afternoon members wanted to play competitively and, as they say, practice makes perfect but they needed some help. As part of the S106 funding given to Aveley Village Community Forum they were able to start professional coaching for the young people.

SWIMMERS from Thurrock Swimming Club showed their determination to compete at the recent Essex County Junior/Senior Long Course Championships following the sad death of their Head Coach, Alan Mitchell but did him proud by returning home with a bag full of medals.

IF YOU WANT to learn karate with a smile on your face, then The Thurrock School of Karate is the place for you. Rex Ovire is a charismatic practitioner of the art. Then again, we would say that, he is well over six feet and is a black belt!

SHIHAN Mark Adams started teaching karate 23 years ago and now has 150 students who train across eight locations in the Thurrock area, including at local schools. With a focus on competing from an early age, Mark has trained local, national and even world champions.

THE THURROCK Tennis club enjoyed a great summer as a host of youngsters came to learn how to play and how to enjoy tennis. They had 65 youngsters over three weeks with ages ranging from 4 to 16.

Speedo “Open Water” National Relays off to a flyer

INTU Lakeside in Essex hosted the first Speedo Open Water National Relays on Sunday 22nd September and judging by the fantastic response to the innovative concept it is a team event which is likely to grow in popularity in years to come.

Thurrock Tennis Club looking for the next Andy Murray

COULD THE next Andy Murray be in Stifford Clays or Purfleet? Why not go down to Thurrock Lawn Tennis Club to develop your cross court lob or your backhand smash!

The journey was definitely well worth it for the talented 11 year old who not only claimed two Gold medals in the 50m and 100m freestyle long course events, but also broke and recorded National records for his age group. Historical record times were 44.06 and 1.57.52 until Kieron broke them both with 39.32 and 1.28.49 respectively.

The final saw a full contact win from Darren Mouser, who despatched several along the way, including David Newman who had a torrid time along the home straight, getting hit several times as he spun in traffic. Jamie Webb lead for much of the distance but eventually went out with a big bang on turn one along with a handful of other cars. As Mouser took the flag his front tyre shredded, with pieces of rubber getting flung into the air. If the race was a lap longer, Grant Underhill would have had the win, as it was he had to settle for second with Paul Harrison third.

THURROCK Swimming Club held their yearly Regional Qualifier recently with over 40 of their squad swimmers taking part. What a difference a year makes from the last Regional Qualifier in May 2012, seeing swimmers step up to the mark with an abundance of PB’s and medal podium places.

Swimming: Hobson sent to Coventry and brings back Gold

YOUTH swimmer Matt Winnell had a successful East Region Youth Championships in Luton over Bank Holiday weekend. The dual registered Thurrock Swimming Club youngster had a winning weekend by securing his first National qualifying time of the season in the 200 backstroke (2.11.93).

THE Grays Yamaguchi Goju club did well at the recent SRK Spring open Tournament at Gateway Academy, Tilbury, Richard Hang Hong the Tournament organiser was pleased to announce that he had record number of 250 students competing.

Leading the way for TSC was James Speers who dominated the nine-year age group, claiming nine championship titles (50 Fly, 50 Breast, 50 Free, 50 back, 100 IM, 200 IM, 200 free, 200 fly, 200 breast), and a silver in the 200 back. Speers also recorded an event best time in the 50 free (32.47). The versatile youngster was also crowned top nine-year-old boy. Another TSC swimmer competing in their first County Championships was Gracie Mae Martin, nine.

A BRUTAL Destruction Derby capped a magnificent day at Arena Essex last Sunday as the National Bangers provided many a highlight. It was a fairly gentle start to the meeting, with the entry split into two for the opening heats. Spedeworth visitor Alec Savage and Scott Cornish took the wins whilst each bend did attract some action with the pit bend seeing the destruction of the Ford Focus of Pete Bristow, courtesy of Jason Jackson, whilst turn one saw a heavy exchange as Jim Harding run in Andrew Milner, Harding then getting destroyed by Liam Hard, Hard in turn getting comprehensively finished off by hits from Nathan Roberts and Ricky Hutton. Hard’s debut at Arena being shortlived but enjoyable.

NEARLY all of the Cedar Hall Osteos sponsored sportsmen and women are track and field. One exception is local Stanford boy Sam Dixon. Sam is a mixed martial arts fighter and he is making his way up the rankings.