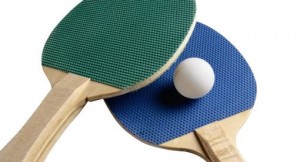 TABLE Tennis has always been popular in Aveley. They have a regular club every Saturday for adults in the morning and for young people in the afternoon.

The afternoon members wanted to play competitively and, as they say, practice makes perfect but they needed some help. As part of the S106 funding given to Aveley Village Community Forum they were able to start professional coaching for the young people.

The team was officially registered in the Basildon Table Tennis League and competitive matches began. Home matches are on Friday nights and it’s held at Aveley Christian centre; however away matches are at various locations.

The young people have been in the league for over two months now, and have played 11 competitive matches, including a cup draw.

Participation in the league has been a real test for the team as expected, however they’ve stayed positive, and persevered against strong odds.

Their perseverance finally paid off at their recent away match against Canvey C, when the team secured their first draw. They are hoping that they will have many victories in the New Year.

If you live in Aveley and want to find out more then why not pop into the Centre where there is Table Tennis and a lot more to do.