AFTER sustained pressure from local residents supported by Conservative councillors, a speed survey carried out on Southend Road Stanford-le-Hope has proved that there is a serious problem with speeding vehicles in the area.

The survey using sensor wires laid across Southend Road near Golding Crescent has revealed that:

Over 10,000 vehicles per day use this stretch of road;

46% of vehicles were recorded breaking the 30mph speed limit;

In 23 separate cases, vehicles were travelling in excess of 70mph, sometimes around 3pm when schoolchildren are crossing the road. Stanford East and Corringham Town councillor Phil Anderson said: “This speed survey confirms what residents have been telling us for months now. There is a serious speeding problem on Southend Road, and when combined with the blind bends in the area we really do have a tragic accident waiting to happen. 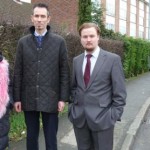 “For people to be driving at over 70mph around the time when children are coming out of school is simply crazy.

“I have submitted two community requests for speed reduction measures in the area, and I am calling on the portfolio holder for highways Cllr Andy Smith to give them a high priority when he considers them in the next few weeks.

“I know that councillors from all parties are concerned about this, and after gathering the evidence it is now time for urgent action to be taken”.

The highways community requests panel will meet in early November.

Residents wishing to express their views direct to the portfolio holder can do so by writing to Thurrock council or emailing ajsmith@thurrock.gov.uk.

One Response to "Kill your speed in Stanford say Tories"