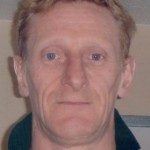 owners in east London may hold the key to the whereabouts of an Essex man who has been missing since the beginning of November.

Paul McEwen (previously spelt McEwan, but is in fact McEwen) was reported missing by his wife on November 17 after she had not seen him for 10 days.

The 49-year-old handyman from Adelaide Road, Tilbury, is described as white, of thin build, approximately 5ft 10ins tall and has light-brown hair. He speaks with a strong Scottish accent.

About a week before he was reported missing (precise date not known) he was seen getting into a big black car driven by a black man who is thought to run a nightclub in Ilford, east London.

Paul is originally from Scotland and still has family living in Clydebank who, like his wife, Christine North, are concerned for his welfare.

Ms North said: “Paul’s mum and I are worried sick about him and would urge him to contact either ourselves or the police. They have been contacting everyone and anyone who knows him or who has worked with him in order to find out what has happened to him. I would ask people to contact Essex Police if they know him or know what has happened to him.”

Searches of the coastline near Tilbury have been carried out by the marine unit and the Air Support Unit, but to no avail.

Anyone with information in connection with this missing person investigation is urged to contact Essex Police on 101.