HORNDON resident and economics guru, Andrew Sentance has been made a Commander of the British Empire in the Queen’s New year honours list.

Cambridge-educated Mr Sentance came to prominence when he was at Bank of England where he became known a “the arch hawk” on the Bank of England’s monetary policy committee. 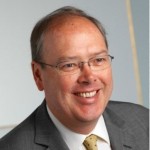 Mr Sentance consistently backed rate hikes, often alone, during his final 12 months on the committee, which he left in May.

He also made frequent calls for the Bank to do more to fight inflation.

Mr Sentance voted for the cuts that took interest rates to their lowest level in the Bank’s 317-year history and supported the first round of quantitative easing throughout 2009.

After studying at Cambridge and the London School of Economics, he joined the Confederation of British Industry in 1986, becoming one of the original members of the Treasury’s panel of independent economic forecasters, the so-called “seven wise men”.

After a stint at London Business School, he was appointed chief economist at British Airways, where he remained until joining the Bank.

Now an adviser at PricewaterhouseCoopers, he continues to rail against the MPC’s reluctance to raise rates in newspaper articles and on his blog, The Hawk Talks, a nod to the big band classic of the same name and his passion for music.

Indeed, Andrew’s band Revelation are a regular site on the Thurrock music scene having played Horndon Feat and Fayre, North Stifford Fete and the Stanford festival last year, to name just a few.