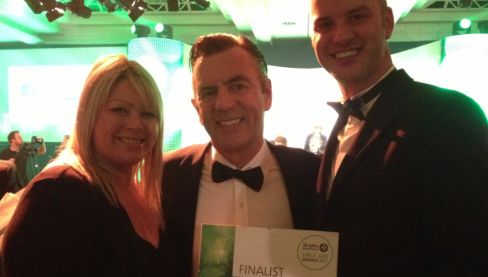 of Tilbury Police PC Donna Bridges and Sergeant Nigel Morgan were proud to attending the St John Ambulance First Aid Awards hosted by survival expert Ray Mears held in the Lancaster Hotel London.  The Port of Tilbury Police were a finalist in the category of “First Aid Award for Public Sector Not-For-Profit”

The St John Ambulance First Aid Awards is a high-profile event celebrating the individuals, communities and businesses that are saving lives and leading the way in first aid. By honouring first aid role models, the awards aim to raise awareness that first aid can be the difference between lives lost and lives saved.

During the nomination of the Non for Profit Award, the efforts of PC Bridges and Sergeant Morgan received recognition for an incident where they successfully performed CPR on a male who collapsed with a heart problem whist at his place of work.

Perry Glading, Chief Operating Officer for Forth Ports Limited, owners of Port of Tilbury, said: “All at the Port of Tilbury are very proud of our Police Force and its officers and this recognition is typical of their dedication and selfless approach to the job”