Ed’s back in the driving seat

A THURROCK company is “back in the game” after having to throttle back on its business.

Ed’s Minibus and Coaches of East Tilbury was forced to pull out from many of its contracts following the introduction of London’s Low Emission Zone early in 2012 – illegally breaching the zone would cost £200 a time. 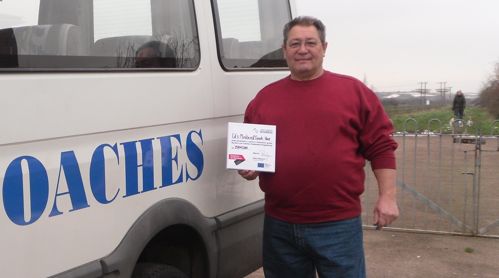 Their coaches did not meet the standards and the cost of new coaches was prohibitive. Even the £6,000 needed to install diesel particulate filters to the vehicles was not really affordable.

Low Carbon Business – the Thurrock Council led scheme for south Essex – was able to offer a grant 40 per cent towards the cost after helping the business with its grant application. £2,400 was secured for the project.

The company should now save significant diesel particulates from being released into our atmosphere making an annual carbon saving 15.6 tonnes – as well as securing six jobs, and the future of the family firm.

Ed Sammons, managing director said: “We’re back in the game! We wouldn’t have got them fitted otherwise – we would probably have had to save up for a newer bus over time.”