The Stig to take on the cranes of London Gateway

SOME say he sleeps in the highest, darkest point of the gigantic London Gateway quay cranes, and some say reality exists simply because HE lets it….. All we know is; he’s called The Original Stig! DP World London Gateway, the UK’s new deep-sea port and Europe’s largest logistics park, is delighted to announce the hottest event at Multimodal 2013. They will be bringing The Original Stig to Birmingham for the biggest challenge Multimodal has ever seen. 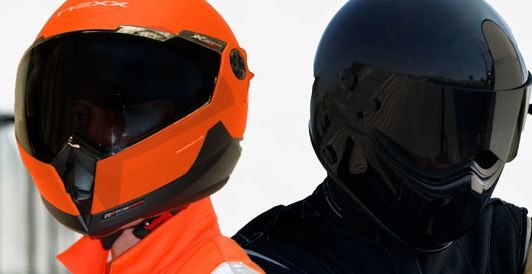 Using an exclusively designed quay crane simulator, visitors to London Gateway’s stand (640) will, for the first time ever, be able to exclusively challenge The Original Stig to a quay crane race! Following training from the Original Stig’s crane driver cousin, attendees will have the chance to go head-to-head in a challenge to see if they can beat The Original Stig at offloading containers from a container ship in a set time. Those who are victorious get an exclusive prize. Losers will get nothing but their name on the leader board!

When questioned about the challenge, The Original Stig said “…………..” and when asked if he thought he would actually be beaten, he said: “…..……”. Undaunted by his menacing silence we asked if he felt London Gateway was going to be The place for the World to do trade with the UK, he nodded. Some might say that was an acknowledgement; others guessed he had an out of body race while we were talking to him!

The Original Stig will also be the guest of honour at the Multimodal VIP dinner sponsored by DP World London Gateway on the evening of 23rd as will Perry McCarthy. Perry will give the after dinner speech where he will confirm he is The Original Stig as well as sharing fascinating stories of his time as a Formula 1 racing driver. Dirt may well be dished!

Charles Meaby, Commercial Director of London Gateway, said, “Having The Original Stig leading this great challenge exclusively on our stand will be great fun. I know companies visiting from around the world will want to be part of Multimodal’s most talked about event. On a more serious note, London Gateway will play a pivotal and huge part of the UK’s trade with the world when it opens for business in Q4 and we look forward to meeting carriers, port users, shippers and cargo owners at Multimodal.”