The Battle of Baker Street: Orsett residents up in arms over Kings Arms

ANGRY residents have called for a review of the licence for the Kings Arms pub in Orsett after a number of complaints of anti-social behaviour at the Baker Street pub.

The licence is set to be reviewed in front of the licensing committee at Thurrock Council on Thursday June 13th.

The application has been brought by the Baker Street Hamlet Residents Group on the grounds of the prevention of crime and disorder, public safety, the prevention of public nuisance and the protection of children from harm.

At the moment, the pub is licensed from 10am to 11pm, Monday to Thursday with an extension to 1am at the weekends.

The residents group has documented what they claim to be a host of anti-social activities at or near to the pub.

Others express their surprise that the pub was granted a licence until 1am and believe it is a magnet for those who want a late drink.

Orsett councillor, Sue Little submitted a statement to the committee. Cllr Little testifies that she (along with her husband) visited the pub on a Friday night.

Cllr Little states: “I was met by the landlady who was on the public side of the bar. I introduced myself and she said: “I am sorry but I am p****d but how are you love?”

Cllr Little’s statement corroborates the residents statements as she describes the very loud noise and the inebriated condition of the patrons.

The popular pub has many supporters with dozens of people submitting statements to the council praising the landlady, Keeley Belt for turning the pub around.

The Punch Taverns pub has seen a turn-around with a physical make-over and a popular facebook page. Plus the pub has also been praised for its live music as bands such as The Heaters as well as solo acts such as Louisa Johnson.

Thurrock Council’s Environmental Protection Team has received 18 complaints in relation to the pub. An officer went to a house nearby at just after midnight and concluded that because of the noise: “Uninterrupted sleep would be very difficult.”

A noise abatement notice was served on the pub in April 2012 and has warned Ms Belt that she could be liable to a fine not exceeding £20,000.

YT did contact the Kings Arms and request to speak to Ms Belt but she had not replied at the time of publication. 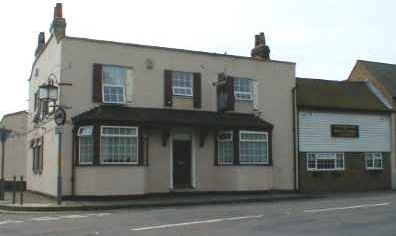