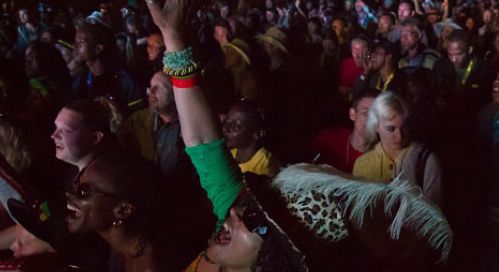 A FESTIVAL near to Aveley left local residents with a sleepless night in Thurrock.

The One Love Festival is billed as the number one reggae and dub festival in the UK.

But there was not a lot of love in the room in Aveley, South Ockendon and even as far as Kent as residents complained about the levels of noise.

One resident, who did not wish to be named, said: “The whole family had a sleepless night. It is a disgrace that an event that is held on Havering can have such a detrimental effect to the residents of Thurrock.

Even the police helicopter was called out to try and locate “a possible rave near the Thames.”

But the “noise” was located to the three day festival on the Romford Road at the Damyns Airfield.

We were going to suggest to residents that the festival does have a chill-out zone and then we thought better of it.