SUNDAY saw the Annual John St Street Party, due to the forecast of storms most of it was moved inside the All Saints Centre. This year’s theme was Community Games and to bridge the communities in the area there was food from different nationalities, Indian, Chinese, Italian and English. 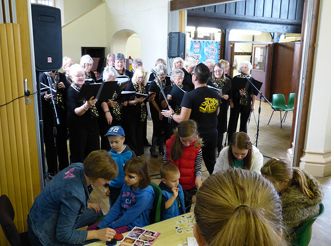 In addition the Thurrock Eastern European Community Group brought along a selection food representing the fare of Eastern Europe. The Hand n Crafts charity was raising money for women locked in poverty in India.

There were also displays from Operation Christmas Child, who link with local schools to send shoeboxes of essentials to those children around the world who would not receive anything at Christmas.

There were displays from Bar-n-bus and Lightship Cafe, both working around Grays Brach Park. After all the food there was also a display by FEAST a free slimming club that meets in All Saint on a Saturday morning.

The games side was open to all comers and medals were awarded to those who completed all of the challenges. These involved, Golf, Football, Basketball and Archery. 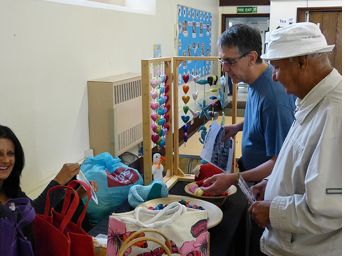 Music was provided thought out the time by Golden Voices, DJ Sam and NoMansBand.