ORMISTON Park Academy has announced the appointment of its first ever patron, actor Steven Berkoff.

OPA is about to open its brand new innovative school, serving the heart of the community.

It includes a fully equipped professional theatre, Tess Walker; Co-Principal stated “it is an amazing coup to have a patron of Steven Berkoff’s calibre. He is a successful actor who hails from the East End. It will give our students aspiration to ignite their passion in the OPA vision of ‘Believe and Achieve’.

Steven’s powerful stage presence earned him a reputation as one of the most charismatic actors of his generation appearing in iconic films such as A Clockwork Orange and Barry Lyndon. He has appeared in blockbusters such as James Bond’s Octopussy, Beverly Hills Cop, Rambo, Under the Cherry Moon, Absolute Beginners and The Krays; more recently The Girl with the Dragon Tattoo.

Born in Stepney, Steven studied drama and mime in London and Paris moving on to perform in a series of repertory companies. This led him to eventually form his own ‘The London Theatre Group’ in 1968. He is an avid writer, his plays and adaptations have been performed in many countries. He has directed and toured productions of Shakespeare’s Coriolanus, playing the title roles of Richard II, Hamlet and Macbeth. 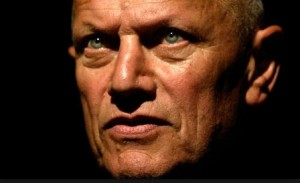 Steven stated: “I am delighted to be a patron for OPA. It is a school which is at the forefront of developments in learning aimed at meeting the individual needs of the students.”

Emma Fenton, Faculty Leader Creative & Cultural stated “It’s a huge honor to welcome Steven Berkoff as the first ever Patron of OPA. He’s such an iconic figure in the history of theatre and it acknowledges the hard work and dedication of everyone involved at OPA in nurturing our students. Steven is a living legend and an inspiration to people.”