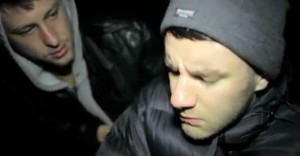 Jonny, as he is known, both wrote and directed the 15-minute short film, “Oh Messy Life”. The film is an exploration of a young man and his fear of commitment as he and his girlfriend work out their relationship against a background of contemporary party and drug culture. It was premiered at this year’s launch of the Thurrock Art Trail at the High House Production Park in Purfleet.

Judging the student films were actors Iain Glen and and Stephen Dillane, both stars of cult TV series Game of Thrones.

Jonny, 21, was born in Orsett and lived in Grays before going to university in 2010. He attended The Grays School Media Arts College and Palmers College, where he studied film, media and graphics.

This year he attained a BA Degree in Film & Media Production at Sheffield Hallam University. He has been involved in making a number of short films, from which has emerged a preference for directing and screenwriting.

“I was really pleased to win the award for Best Student Film, because it’s my first Film Festival award, and especially because I’m from Thurrock,” said a delighted Jonny after the TIFF awards ceremony at the Thameside Theatre in Grays on Saturday 27 September. “It was great to return to Palmers to see my film shown along with other student films,” he continued.

He has also won the 2013 Brightest Spark award for his film by the industry-sponsored Creative Sparks scheme at the university.

What next for Jonny? “I’ve also entered the film in the Leeds Film Festival and the Sundance Festival in the USA, so we’ll see what happens,” he said. “This year I’m doing an MA in Sheffield, and am working on a script based on a play a friend has written.” Filming starts soon!

“Oh Messy Life” is currently unavailable on the public domain, but you can see other films made by Jonny on his YouTube channel, mrjonnyharrold.

One Response to "Grays film-maker wins award at film festival"