Owen Wood, aged 24, will be sentenced next month.

The victim, 35 year old Liam Holden from Grays had gone out with his partner, family and friends to celebrate a birthday. The group ended up at the Euro Lounge in Grays in the early hours of Sunday, March 10, 2013.

After leaving the club Liam and his partner are believed to have come together with the Wood brothers. Liam was seen on CCTV walking away from the club towards the Morrison’s Car Park. He was then assaulted, sustaining a major head injury and was taken to the specialist neurology unit at Queen’s Hospital, Romford but sadly died later that morning.

Senior Investigating Officer, Detective Chief Inspector Lucy Robinson from the Kent & Essex Serious Crime Directorate said: “Owen Wood had been to a boxing match and was clearly pumped up and looking for a fight. Liam Holden was assaulted with such ferocity that he suffered a devastating and traumatic brain injury which resulted in his death. This assault has taken a loving man away from his family and Owen Wood has shown no remorse for his actions. 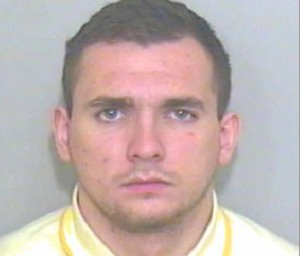 “I would like to express my condolences to the family of Liam Holden who have lost a loving partner, son, brother and father.”