188 living with HIV in Thurrock 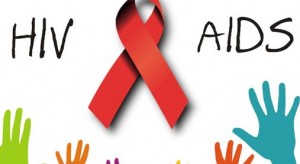 THE number of HIV tests being carried out in Thurrock has increased year on year since 2009, however, not every eligible person took up the offer.

In the lead up to this year’s World AIDS Day – 1 December – a national HIV Testing Week is running between 22 to 29 November.
During the week, the Terence Higgins Trust is teaming up with other organisations across England to encourage gay men and African people in particular, to take an HIV test.

Public Health England has issued the latest HIV figures which highlight that 188 people are living with HIV in Thurrock.

Health experts in the borough know that over 53 per cent of people living with HIV in Thurrock presented at a later stage of their infection, but early diagnosis and timely treatment can mean a near-normal lifespan for someone with HIV.

Cllr Barbara Rice, portfolio holder for health said: “The figures show why national HIV Testing Week is so important, raising awareness of the benefits of testing and encouraging the people most at risk to get tested.

“This is a great opportunity to alert people to the benefits of HIV testing, particularly for people who are unaware of their infection and are likely to be those most at risk of transmitting HIV to others.

“We must reduce the number of undiagnosed HIV infections through encouraging earlier and more frequent HIV testing, especially by those most at-risk.”

Dr Pro Mallik, NHS Thurrock Clinical Commissioning Group’s GP lead for Health and Wellbeing, added: “We hope the number of late diagnoses is reduced by encouraging more people to go for an HIV test, use condoms and adopt other behaviours to lower the risk of getting HIV.

“As a GP I encourage those people who are at risk to get tested regularly as early diagnoses is the key to a better outcome and it reduces the risk of it being passed on to other people.”

Those groups most at risk include men who have sex with men and black Africans.

One Response to "188 living with HIV in Thurrock"