Stan Franks: They shall remember him 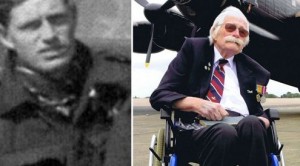 BY the age of 19, Stan Franks had completed 31 missions over Germany during the Second World War. At 88 years old, Stan Franks was found dead in his Fobbing, where he lived alone.

He was found after his neighbours became concerned about his welfare and they had asked for police to inquire about his well being.

Franks was set to have a “pauper’s” funeral because he has no known relatives to take care of arrangements. In a surprising turn of events, locals ran a fund-raising campaign to give Franks a proper funeral–one befitting a war veteran and local hero.

The president of Thurrock Royal Air Force Association (RAFA) told The Telegraph, “We are all overwhelmed by the community’s support for Stan and for digging so deep into their pockets to ensure he has a fitting funeral.

“I would like to express the thanks from friends of Stan and his colleagues.

“Stan’s death happened in sad circumstances but that sadness has been lifted by the generosity and kindness of so many people who will ensure Stan has the send-off he deserves.”

As a tribute, a Spitfire will fly past the location to commemorate Franks’ heroic efforts during the war.

Locals will be lining the route to the cemetery from Frank’s local pub, the Five Bells, at 2:20 pm on Friday December 13th, before passing though the centre of Pitsea.