Police suspect foul play after theft of chicken in Grays

POLICE want to identify a man caught on CCTV at the time that £26 of chicken was stolen from the Co-op Store in Lodge Lane, Grays, shortly after 8.15pm on Sunday February 9.

A man had entered the store and picked up meat from the displays and hidden it inside his clothing. He then left the store without making any attempt to pay. Six days later on Saturday February 15, shortly after 6.30pm he returned and again tried to hide food in his clothing.

He was challenged by staff and then left the store empty-handed. The man is described as being 5ft 10in tall, with short grey hair and around 40 years of age. He was wearing black tracksuit bottoms, and a grey and black hooded top. 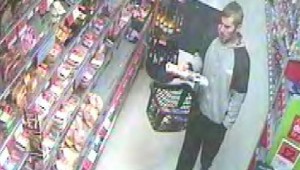 Anyone who recognises the man or who has any other information about the incident is asked to call PC Rob Sansom at Grays Police Station on 101 or ring Crimestoppers anonymously on 0800 555 111.