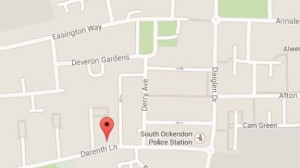 THE eight men charged in connection with a high-value aggravated burglary at the Lakeside shopping centre have been remanded in custody.

Officers from the Serious and Organised Crime Unit are continuing to appeal for witnesses to contact them as they continue to investigate both the Lakeside burglary and another at a jewellers in Derwent Parade, which both happened in the early hours of Saturday morning, April 12.

Investigating officer DCI Stuart Smith said: “We are keeping an open mind as to whether the two incidents are connected.

“We have now had a clearer estimate on the value of watches and jewellery stolen from Ernest Jones which is now believed to be closer to £2m and included watches by Cartier, Breitling and Tag Heuer. A significant amount has been recovered but further items including gold rings are still outstanding.

“I am particularly looking for any witnesses who were in the area shown on the map at about 3.30am on Saturday, who saw or heard anything suspicious to contact me. I would also ask them to check their gardens for any jewellery, phones or clothes which may have been discarded.”

Detectives are also appealing for anyone who was in the vicinity of Lakeside at around 3am on Saturday to contact them, including any drivers who may have been disrupted by any of the barricades which had been set up around the shopping centre which are believed to have been planned as a distraction. They also want to hear from anyone who saw any vehicles acting suspiciously during the same time frame.

Anyone with information is asked to contact the unit, part of the Kent and Essex Serious Crime Directorate, on 101 ext 382083 or email 954@essex.pnn.police.ukAlternatively contact Crimestoppers on 0800 555 111 anonymously.

The eight men will appear before Basildon Crown Court on July 13.