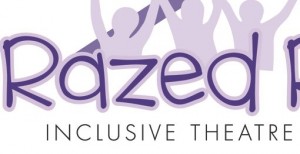 THE wonderful Razed Roof theatre company are about to tour with their successful new show “Flood”.

They will be performing at the Jerwood Dance House at Ipswich on Thursday 12th June!

A spokesperson said: “We commissioned Judith Johnson (playwright for NT Connections/Royal Court/ Arcola) to work with our inclusive performance company of people with, and without, severe learning disabilities, to produce the play ‘FLOOD’.

It was successfully premiered at Harlow Playhouse and received glowing reviews.

It is now going on tour. We’d love you to join us on Thursday 12th June at 7.30pm at the Jerwood Dance House, Ipswich IP4 1DW

The running time is about 70 mins.

If you cannot make that date, we will be at Thameside Theatre Grays, Essex on Thursday 19th June.