TILBURY councillor Steve Liddiard was elected mayor of Thurrock with the help of six abstentions from UKIP councillors. The vote took place at the annual council meeting in the council chambers. 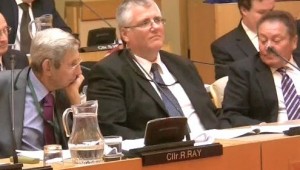 There was much anticipation as to how the six UKIP councillors would vote.

It appears that the two years of appeasement and “catch more with honey than vinegar” approach by Labour leader John Kent worked better than the constant barracking approach by his Conservative colleagues. The constant barracking continued throughout the meeting as Tory councillor Mark Coxshall verbally hectored UKIP throughout the meeting, to what looked like the discomfort of his Tory colleagues more than UKIP.