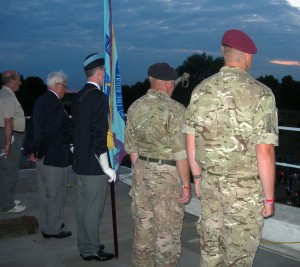 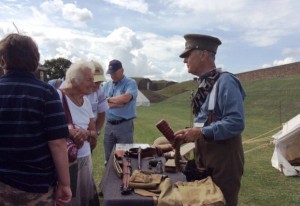 of people helped commemorate the centenary of the start of First World War in Thurrock on Tuesday (4 August).

Mayor of Thurrock, Cllr Steve Liddiard, local councillors and senior council officers were at Tilbury Fort for a day-long event which attracted around 1,000 visitors.

And deputy mayor, Cllr Sue Gray, was at St Catherine’s Church, East Tilbury, and the nearby Coalhouse Fort for the Lights Out commemoration on Monday evening.

It was standing room only at the church for the service before the Last Post was played at the fort.