Thurrock gathers to remember the fallen

HUNDREDS gathered across the borough to pay their respects to those who have their lives in wars and conflicts across the globe.

Prior to Saturday. there had been ceremonies in Purfleet and Orsett.

Over the next day we will be adding photos from a number of ceremonies.

Over a thousand people congregated at Stanford-le-Hope. In a moving ceremony hosted with grace and style by Rev John Guest, the assembled throng were witness to a moving event that paid respects to those who gave their lives. 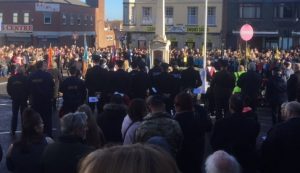 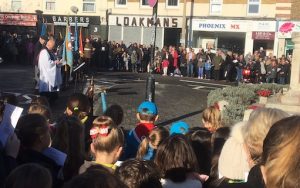 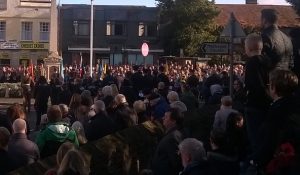 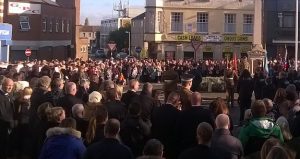 Over 600 turned up to the Civic Square in Tilbury to pay their respects.

Pupil representatives from Tilbury Pioneer Academy took part in a special Remembrance Day ceremony at Tilbury Civic Centre, laying a wreath on behalf of the staff and pupils at their school. Pupils were also incredibly keen to help the main office ladies sell poppies to their friends during break times in the run up to the event.

Mr Dan George, Head of School, said “I am really proud of our Head Boy and Girl, House Captains and other pupils that represented our school during the moving service. It was good to see so many of our pupils on parade with other organisations and their families. We value our position at the heart of our community; we promote Mutual Respect and British Values at every opportunity. We also observed the 2 minute silence with all Pioneer children and staff at school on Friday at 11am.” 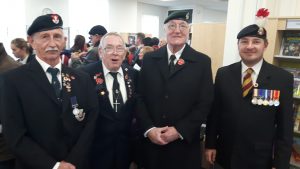 There was a large turnout at the Grays war memorial to remember the fallen. Among the dignitaries were Thurrock MP, Jackie Doyle-Price, leader of Thurrock Council, cllr Rob Gledhill, the mayor of Thurrock, cllr Cathy Kent to name just a few. 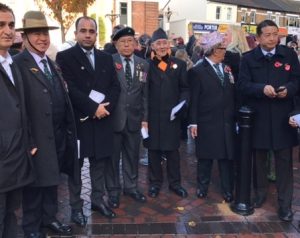 Hundreds turned out close to St Nicholas’ Church to pay their respects. They included veteran Joe Ashbolt, who is aged 92. He was presented with a certificate by UKIP councillor, Graham Hamilton. 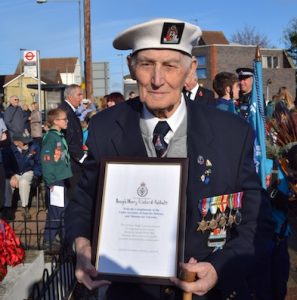 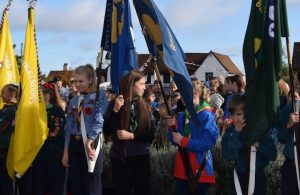 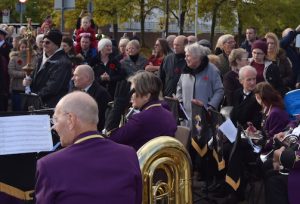 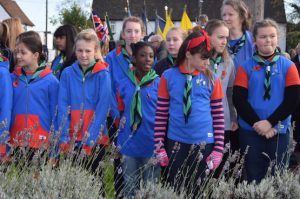 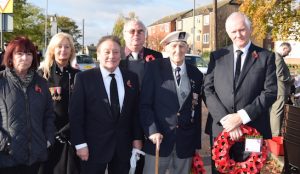 The most recent of Thurrock’s services was held at Kershaw Close, named after a US airmen. Local school children joined the mayor of Thurrock, cllr Cathy Kent at the ceremony. 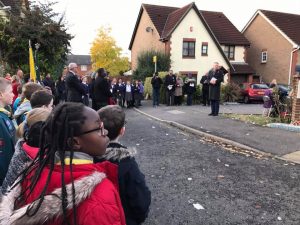 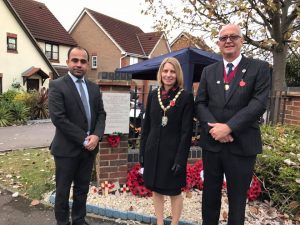