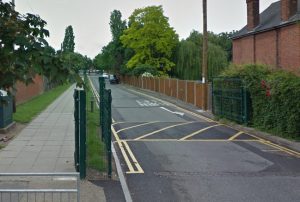 A WOMAN from Grays has been found guilty of careless driving after a road traffic incident at St Thomas Primary on Ward Avenue in Grays.

She was found guilty at Basildon Magistrates Court on January 3rd of the following: On 29/02/2016 at Grays, she drove a mechanically propelled vehicle, on a public place, namely the entrance/exit to St Thomas’ Primary School without due care and attention.

Ozo-Hampo was fined £592 and disqualified from driving until she passes her test.

On February 29th, 2016, the East of England Ambulance Service Trust was called to a road traffic incident on Ward Avenue, Grays at 8.55.

An ambulance, rapid response vehicle and an ambulance officer attended and treated three patients, one adult and two children with minor injuries.

At least one was taken to Basildon and Thurrock Hospital for further care.