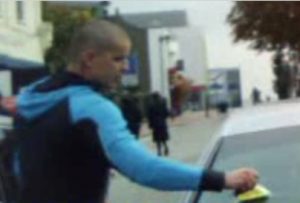 ESSEX Police are releasing CCTV images of a man they want to speak to in connection with an incident where a traffic warden who was racially abused in Grays.

As he did so a man approached and racially abused him.

Anyone who recognises the man or has any information regarding the incident is asked to contact Pc Rob MacKenzie at Grays Police Station on 101 or Crimestoppers on 0800 555 111.