The magic of Nat King Cole at the Thameside 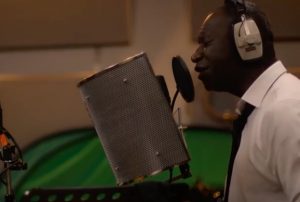 ONE of the United Kingdom’s most highly acclaimed gospel singers and tutors will be performing at Thameside Theatre, Grays, as part of a tribute tour to classic jazz and swing musician Nat King Cole.

Wayne Ellington, an internationally recognised gospel singer and choir director, (his choir Manchester Inspirational Voices won the coveted BBC Gospel Choir of the Year in 2016) will be oozing jazz appeal during a long-awaited and not to be missed performance at The Thameside on Friday 2 June at 7.30pm, as part of his Wayne Ellington Sings Nat King Cole tour.

Wayne said: “Although gospel was my foundation at home and in church, I was exposed to various musical genres including classical, RnB, pop, world music and jazz, which is how I discovered Nat King Cole. He has always been one of my key musical influences and I first took inspiration from his songs during my student days at Brunel University.

“Many people say we have similarities in looks, attitude and sound which, for me, is a massive compliment and very humbling. His musical journey is also very similar to mine; coming from a church background and having strict parental guidance towards the kind of music being played at home.”

Nat King Cole’s songs touched millions of people and more than 50 years after his untimely death to lung cancer aged just 45, he is being brought back to life with an elegant performance by one of the UK’s sort-after gospel singers.

Wayne concluded: “Nat King Cole will always be one of my heroes. He had the capability to move people emotionally and each time I play his songs, I feel connected to him and his music.”