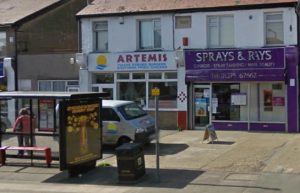 A CORRINGHAM KEBAB shop has had its late licence revoked after it received a heavy fine for employing illegal immigrants.

YT reported in January that Artemis Kebabs was visited by immigration officials in January where it was discovered that a number of Turkish males were working without permission.

A review of its licence was made on Monday by the Thurrock Council Licensing Sub-Committee.

YT understands that the committee decided to revoke their licence to serve customers between 11pm and midnight.

The reason given was due to the fact that they had employed “illegal immigrants”.